South America is virtually unmatched in its geological diversity, beginning in the Caribbean north of the equator and stretching all the way to the Antarctic Ocean.

A land of record-breaking extremes, it contains:

A network of epic highways and rural backroads traverse these magnificent landscapes.

Here are seven of the best of them.

The 5,224km long National Route 40 is one of the world’s longest and most spectacular highways.

In the north, Ruta 40 begins at La Quiaca on the dusty, arid high plains of the Bolivian border. From there, the highway runs parallel with the spine of the Andean range to cross 11 provinces, 20 reserves and National Parks, 126 bridges and 26 mountain passes, reaching a maximum altitude of 5,061m. The highway stops where the land ends, at the southernmost continental tip of Cape Virgenes.

Heading south, things get twistier by the secon ads the route enters Patagonia through Bariloche and the picturesque alpine lake district.

Forging deeper into the Patagonian wilderness, the scenery grows more dramatic with every winding sweep of road, skirting past the jagged peaks of Monte Fitz Roy, the icebergs of Laguna de Los Tres and one of the stars of Patagonia, the Perito Moreno glacier, a groaning and creaking tower of brilliant white and cobalt blue where the Andes meets the Southern Ocean.

Ruta 40 is only partially paved, so don’t be surprised whenever that pristine tarmac suddenly turns into a pot-holed mess of grit and gravel.

We ride it on our: End of the World Expedition

The silky smooth asphalt of the Chilean Route 5 of the Pan-American Highway a little tame for your tastes? Take the road less travelled and ride the north-south length of Chilean Patagonia on the sublime Carretera Austral (Route CH-7).

Most of its 1,240km length sees little traffic, as the highway passes through the most sparsely populated regions in the country.

A series of swooping curves, tricky up and downhill bends and serpentine mountainside paths, the mind-blowing Patagonian scenery transforms every other day, from beautiful beech forest to glacial lakes locked in by snow-tipped mountain chains, rugged steppe and river rapids gushing between steep-sided canyons and verdant alpine valleys.

To date, only around 40% of the highway is paved, mainly in the north.  The remaining portion is mainly gravel – gentle in some parts and thoroughly bone-shaking in others.

We ride it on our: End of the World Expedition

Cut into the side of the Cordillera Oriental Range is a zig-zagging gravel goat track linking the Andean capital of La Paz with the Yungas region in the Bolivian Amazon.

The single lane North Yungas Road has earned international infamy as “the most dangerous road on earth”. Its 60km length includes 29 hairpin bends and a heart-stopping 3,500m of descent, and the rain and fog is almost ever-present. A mere 3.2 wide road lies straddles the sides of the mountain and its sheer precipices, plunging a kilometre below into a graveyard of scattered wreckage.

Before a paved, dual lane alternative opened in 2006, landslides and collisions often claimed hundreds of lives every year. These days, the old route is one of Bolivia’s best-known attractions, with downhill mountain biking attracting thousands of daredevil tourists to what’s now an otherwise rarely used road.

If you’re attempting the Death Road on a motorcycle, you’ll need solid off-roading skills to manage the precariously slippery surfaces, drenched in parts by cliffside waterfalls that tumble directly on to the road below.

The climb from the steamy foothills of Yolosa to the stark, windswept La Cumbre Pass (4,650m) is thrillingly beautiful. Now and then, the mist periodically lifts to reveal breathtaking views over the altiplano and the vast expanse of the Amazon Rainforest.

We ride it on our: Best of Bolivia Tour

Between the small towns of Mariquita and Chinchina in Colombia’s verdant coffee triangle is a sealed stretch of highway with a rather interesting reputation. The almost impossibly steep route, which crosses the Alto de Letras mountain pass, is notorious among cycling community as reputedly the longest climb in the cycling world, boasting a punishing elevation gain of 3,800m in just 80km!

If you’re attempting this route on a bicycle, you might be in too much agony to really appreciate the scenery, which would be a shame – it is absolutely beautiful. With the benefit of an engine, the almost sheer vertical ascents and stomach-surging drops provide blasts of pure riding euphoria.

The 140km route begins just 485m above sea level, surrounded by lush tropical vegetation.  Soon you’ll begin ascending above the clouds and with luck, on approaching the mist might part to reveal tantalising glimpses of the permanently ice-capped peak of Nevado del Ruiz, the fifth highest in Colombia at 5,311m.

We ride it on the these: Colombia Tours

Before the early 1970s, only the tiniest fraction of the great Amazon Jungle rainforest was accessible to outsiders. All that changed when the Trans-Amazonian Highway effectively sliced the interior of the then-pristine rainforest in half. The legacy of the 4,000km long Trans-Amazonian isn’t exactly a proud one, having essentially marked the beginning of the Amazon’s deforestation crisis.

Grand visions of a paved highway from the Atlantic Coast to the Peruvian border never came to fruition, thanks to lack of funding, the annual October-March monsoon and the unstable nature of the rainforest’s red soil. Lately, plans to revive the route to Peru seem to be slowly coming together, but the road remains largely unsealed to this day.

Less than half of the highway actually lies within the Amazon jungle itself. The eastern portion traverses through the mostly dry, uninspiring north-eastern interior.

The western half is far more preferable. You’ll quickly come up against properly remote, properly challenging, dirt, mud and river-forging adventure riding. The longest stretch of wilderness slithers through the Amazonia National Park, home to iconic Amazon critters like macaws and spider monkeys.

We ride it on our: Trans-Amazonian Challenge

PERU: Desert Coast to Central Andes – Route of the Liberators (Route 28A)

Peru is packed with so many ridiculously scenic road trips, particularly among the soaring mountain passes of the Andes. For our money though, some of South America’s most unique and varied scenery can be covered in a single day. Just take virtually routes east from the rugged Pacific coast south of Lima, through the dunes of the coastal deserts and then up, up, up into the high grasslands of the Central Andes.

It’s hard to beat the 340km ride that starts in the sublime desert oasis of Huachachina, then cuts west to the port town of Pisco. From Pisco, begin your ascent from sea level up National Highway 28A, also known as Via de los Liberatores, as it was this brutal route followed by Simon Bolivar’s volunteer army during Peru’s liberation from Spain. Cross a soaring 4,750m pass before descending into the colonial city of Ayacucho (2750m).

We ride it on our: Best of Peru Tour

Just south of Quito, this section of the Pan-American Highway is only 40km long but it’s a pothole-riddled pig of a road, all rutted gravel and sandy grit. Road maintenance isn’t  a high priority in Ecuador, so it’s no surprise that the route to Cotopaxi National Park is one of the gnarliest on the Pan-American. Streams flowing directly over the road and have a tendency to flash-flood, making the route even more challenging

That said, the narrow passage alongside Ecuador’s Valley of Volcanoes is visually stunning – an ever-changing outlook switching between dense forest, lunar-like altiplano landscapes and high tundra bursting with multi-coloured wildflowers. As the road skirts the western edge of the park, jaw-dropping panoramas of the open grassland and Mount Cotopaxi come into view. A classically conical volcano with a permanently snow-crowned summit, it’s Ecuador’s second highest peak at 5,879m.

We ride it on both our: South American Express and Trans Amazonian Challenge

No one knows the great riding routes of South America like the team at MotoDreamer. A guided group tour is one of the most enjoyable, safe and seamless ways to visit some of the most remote regions in the content. 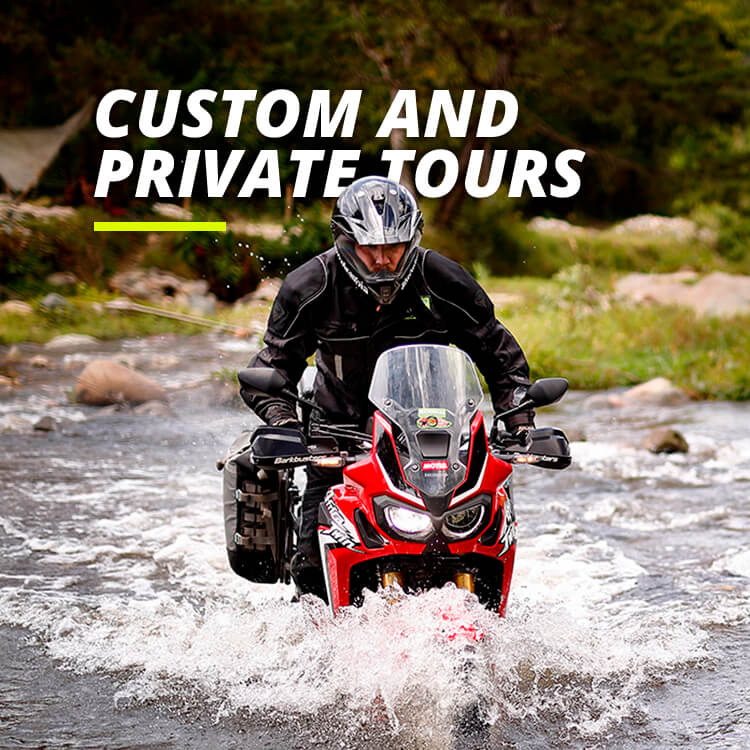 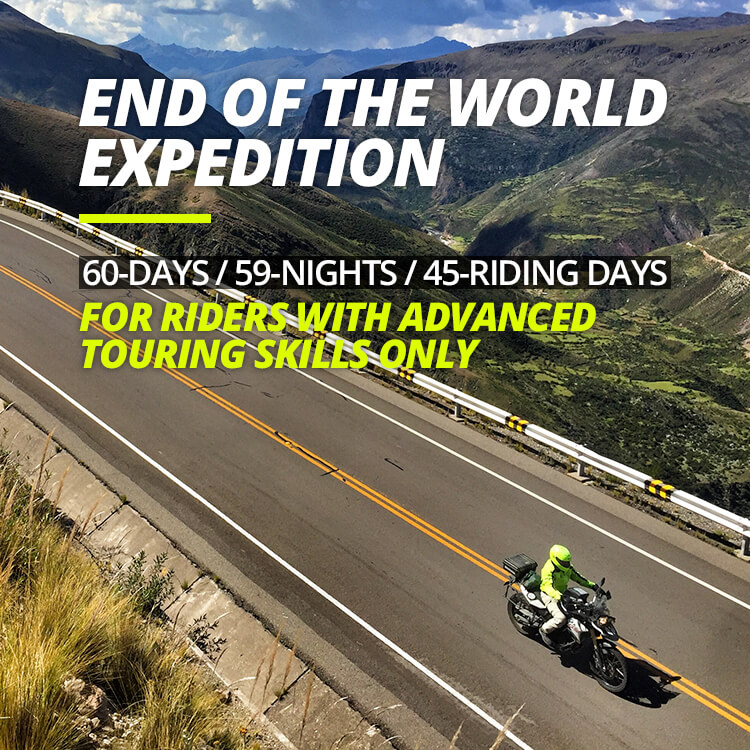 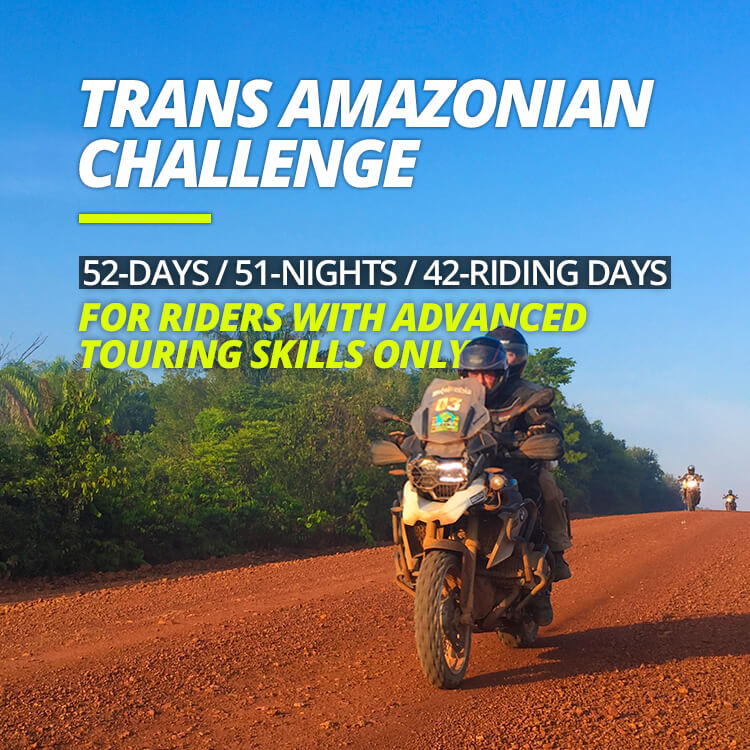 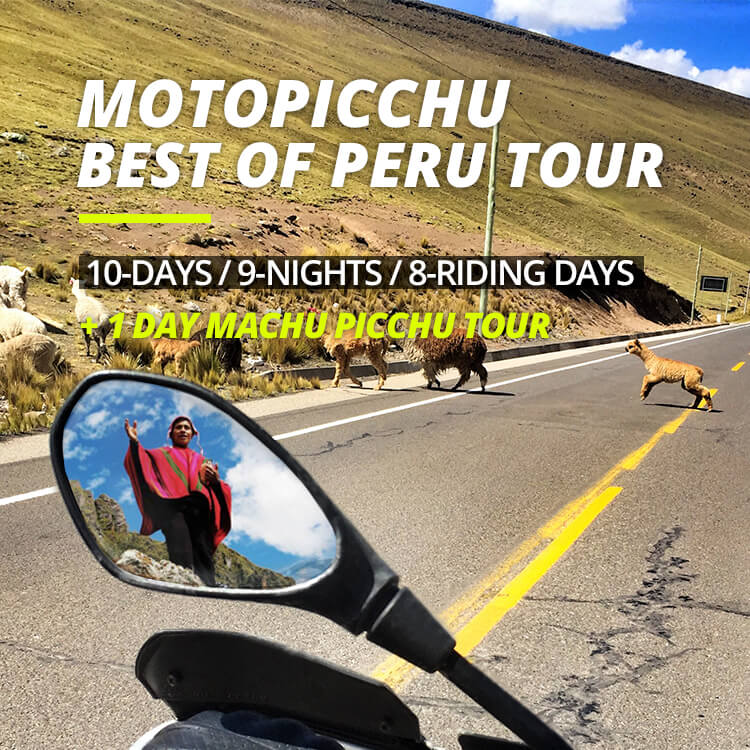 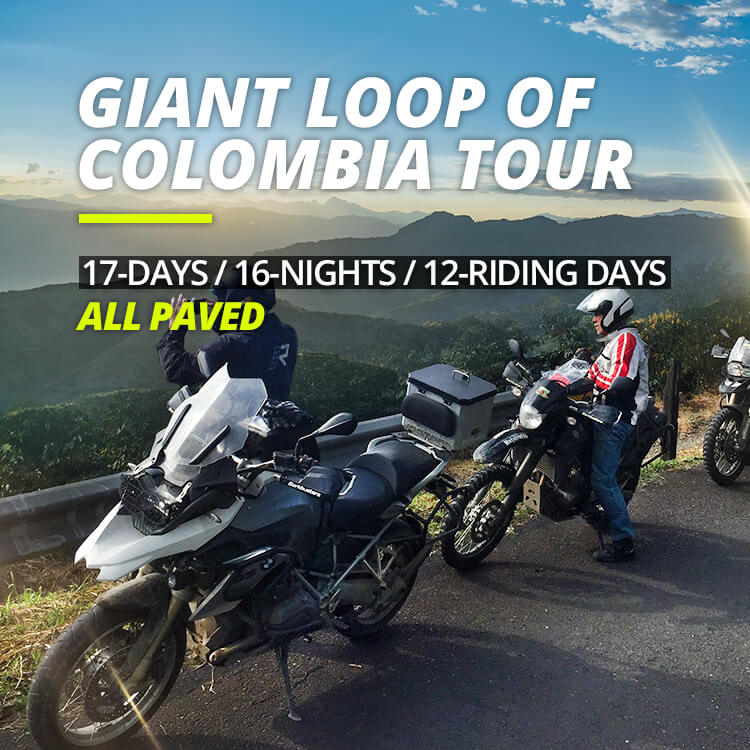 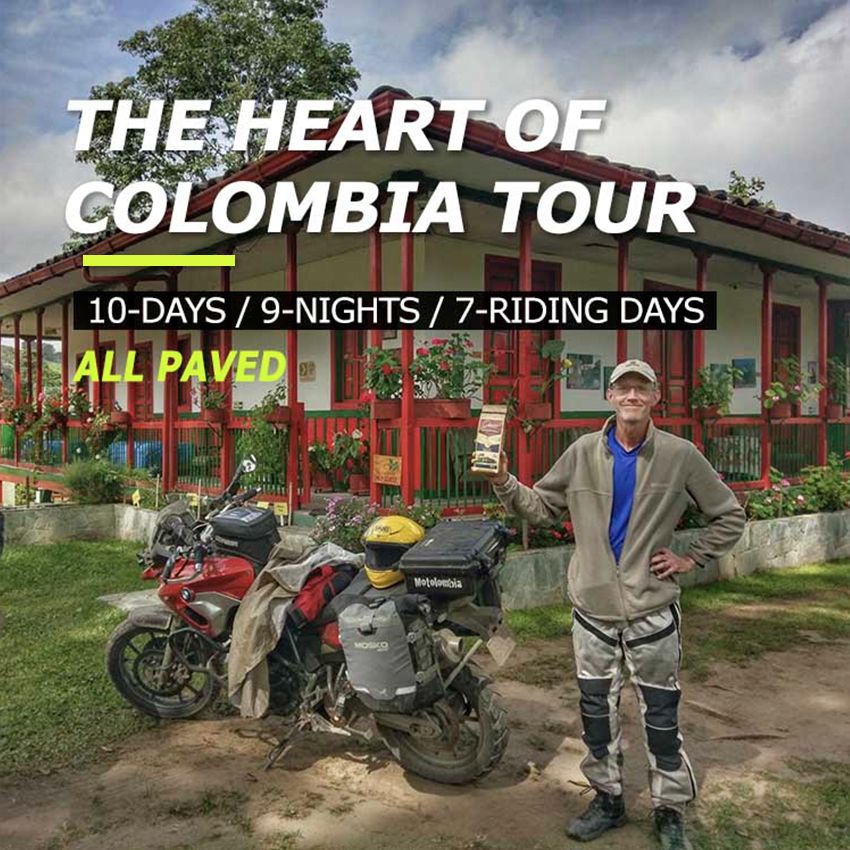