At that time, Mike was utterly swept up in his motorcycle-the-world mission.

But after meeting Diana, the lone road warrior had soon found a partner, a new home in a new country, and a whole new line of work.

Mike would settle with his new wife in Cali and open a motorcycle touring company, the first of its kind in Colombia.

Diana was with him from the start (when Mike would’ve struggled to pass a 3rd-grade Spanish test, let alone run a business in a Spanish-speaking country).

Diana has a university degree in business and economy. She is the backbone of MotoDreamer, making sure every tour runs smoothly and that guests come back inspired and invigorated by an experience beyond their wildest expectations.

F.D: Thanks for speaking to us, Diana. Where were you born?

D.P: I was born in Colombia, in the state of Boyacá. I grew up in Duitama, a beautiful town high up in the mountains (about 200km north of Bogota).

F.D: Have motorcycles and motorcycle culture always been a part of your life?

D.P: Motorcycles… not really.  The love of speed and motors, yes! But not precisely motorcycles.

F.D: Tell us a little about how you met Mike? (Mike was on a sabbatical moto-touring through South America at the time)

D.P:  I was in Chipichape Mall here in Cali, and a Canadian guy came up and started asking me about my Bluetooth [earphones]. He was speaking, but I noticed the other guy next to him, a friend of the Canadian. I noticed he was white and very tall and he was yes… a very handsome guy!

F.D: So, what did you two connect over at the beginning?

D.P: To be honest… I don’t know if there was much of a connection at first! We didn’t even speak the same language! It was mainly a physical attraction.

Mike is a very quiet person, while I like to talk a lot.

But I couldn’t talk with him as I didn’t speak English and he could not speak Spanish.

F.D: Were you concerned at all about falling in love with a world-traveling adventure addict? Did you do much traveling together back in the day?

D.P: As I got to know Mikkel, I learned he was traveling on his bike. That was a huge surprise! It was the first time I’d seen such a big bike, and I thought it was terrific, traveling the world by bike like him.

So, in the beginning, the first thing we did together was travel. Mike invited me to go with him to Panama… and then to see the whole world together.

F.D: What were your thoughts when Mike first brought up opening a motorcycle tour company in Colombia? Colombia wasn’t exactly a prominent tourist destination back then…

D.P: Yes, at the time, there were still serious problems with security in the country.

In the beginning, Motolombia was Mike’s hobby since he didn’t have any friends in Colombia. It was Mikkel’s passion.

F.D:  Did you join Mike in building up the business from the very beginning? What were you doing as a career before Motolombia came along?

D.P.: I’ve been helping Mikkel from the beginning because my education is in business, and of course, I was the local one, so I know the rules, know about the licenses and the regulations and could do all those essential things.

Before, I was the commercial manager of a huge company exporting coal to China and other countries. Then when I met Mike, I started managing our hostel, Casablanca, our first project as a family.

For a while, we had two businesses – Casablanca Hostel and Motolombia.

When we realized there was much more potential in Motolombia, we sold Casablanca; I focused on managing Motolombia.

F.D: What does Diana Puerto Co-Founder at MotoDreamer enjoy the most about her work?

D.P:  What I love most is meeting so many people who come with this desire to see my country. In this job, I feel like I can be a sort of ambassador for Colombia.

Motolombia is a ‘happiness machine.’ People come in full of ideas and dreams about traveling through Colombia. 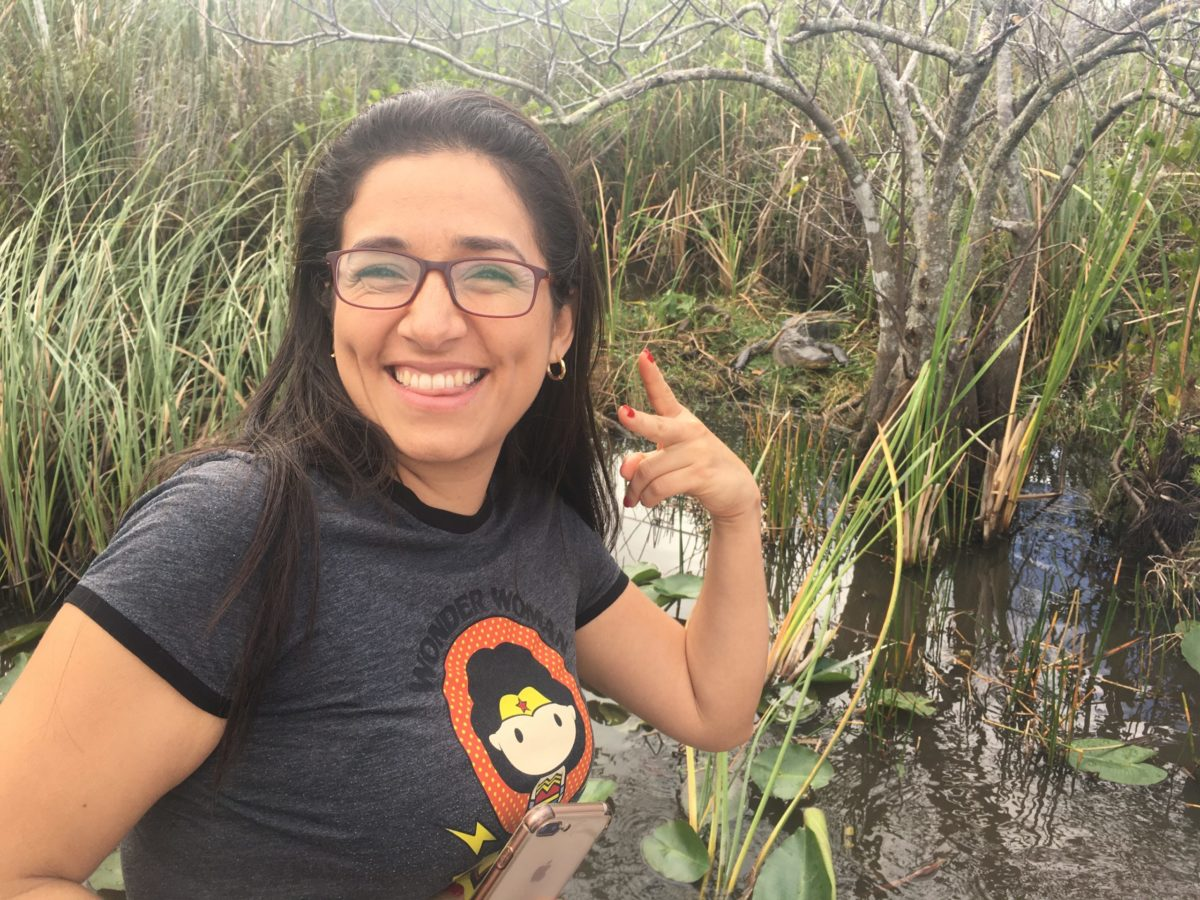 I feel super happy that we’re helping them to see the best of my beautiful country.

Being able to talk to people from around the world, I can help to change some of the negative thinking about Colombia.

F.D: How often do you get to join in on the tours, and what does your role involve as a guide/support on tour?

D.P: I only go on the tours when we have a new destination. Then I’m the one making the deals and arrangements and checking out the route.

Now, of course, we have international destinations, so I visit new destinations to make arrangements. Our guests have an enjoyable experience, and I know how everything works in a different country.

But mainly, my job is to make sure all our tours go as planned. If something extraordinary happens, I am in charge of [organizing] Plan B. I try to keep the tours moving so that the client doesn’t have the best experience ever, even if plans do change.

F.D: Is there a particular tour or an experience on a tour that stands out most in your memory?

D.P: It was a corporate tour from Italy, and they had a big group. I got the chance to drive the support truck. It was fascinating and, yes, challenging too, just because there were so many people to control.

So, I really understood what it means to be on tour when you are in charge. It’s not so easy! So that’s the one I most remember.

F.D: Motorcycle touring is still very much a male-dominated pursuit. Do you get many women renting bikes and joining tours as a rider? Have you seen a growth in the number of female clients at all?

D.P: Motorcycle tours, from what I’ve seen, it’s still not a typical thing for women. I do think it’s growing among women and becoming more in fashion. Here (at Motolombia), I meet many women who ride with their husbands or they have families who have something to do with motorcycles, and that’s how they get inspired.

F.D:  How do we get more women involved in moto touring? What advice do you have for women who are thinking about motorcycle travel for the first time? It can be difficult when they don’t know any other women with the same interests.

D.P: My advice is that you should absolutely decide to try ’s something you’re interested in.

I believe women who ride motorcycles are special and unique and deserve to be noticed!

You can see that now at motorcycle shops, with all the gear colors, there’s much more for women now. It’s becoming a fashion. There are motorcycle events for women as well where you can meet other women.

F.D: Finally, I heard you are “in the process of learning to ride motorcycles again.” How’s that coming along? What bike(s) are you riding, and do you have a favorite?

D.P:  Riding a motorcycle is still a challenge for me.

When I was young, I had a Yamaha Chappy. I had an accident, and my father decided to sell the motorcycle. After that, I made a personal goal to buy my own motorcycle. I just thought I’d work hard, and I’ll be back! But time just kept passing, and it didn’t happen.

And now I’m working for MotoDreamer! I’ve always kept in my mind that I would ride a motorcycle again. And then here I have such a fantastic chance. At the same time, I have three children, the company growing, and so many other responsibilities.

But I have finally found a bike for myself! I got the chance to test ride the Honda NC750S, and I believe this bike is the best option for me. It’s practical, it’s automatic, it’s strong, and it looks beautiful.

Author´s Note: Me thinks a perfect match for Diana Puerto Co-Founder at MotoDreamer

Right now, riding… it’s still challenging. I’m pushing myself to overcome my fears and learning to balance and manage the bike’s weight.

I want to do everything right because my dream is to become a good rider, and of course, I have the best reference of what a good rider is right here, with Mike!

I’m working on it. I don’t know if I’ll be as good as Mikkel, but at least I’m going to do it! I’m dreaming about it, and I hope I’ll have more time to practice.

We hope you enjoyed getting to know Diana Puerto, Co-Founder of MotoDreamer and (soon to be)

Now you have met the business brains behind MotoDreamer, now meet the heart and Chief Rider of the open road. See the city where they live together and catch up on the history they both love – Colombia.

A brief history of Colombia

A brief history of Colombia for all you Motorcycling Adventure Touring Riders. We thought it a perfect backdrop to many MotoDreamer tours. It is for History Buffs who just happen to love touring on their Adventure-Touring Motorcycles.

The DYNAMIC Co-Founder DUO, the beating hearts of MotoDreamer. 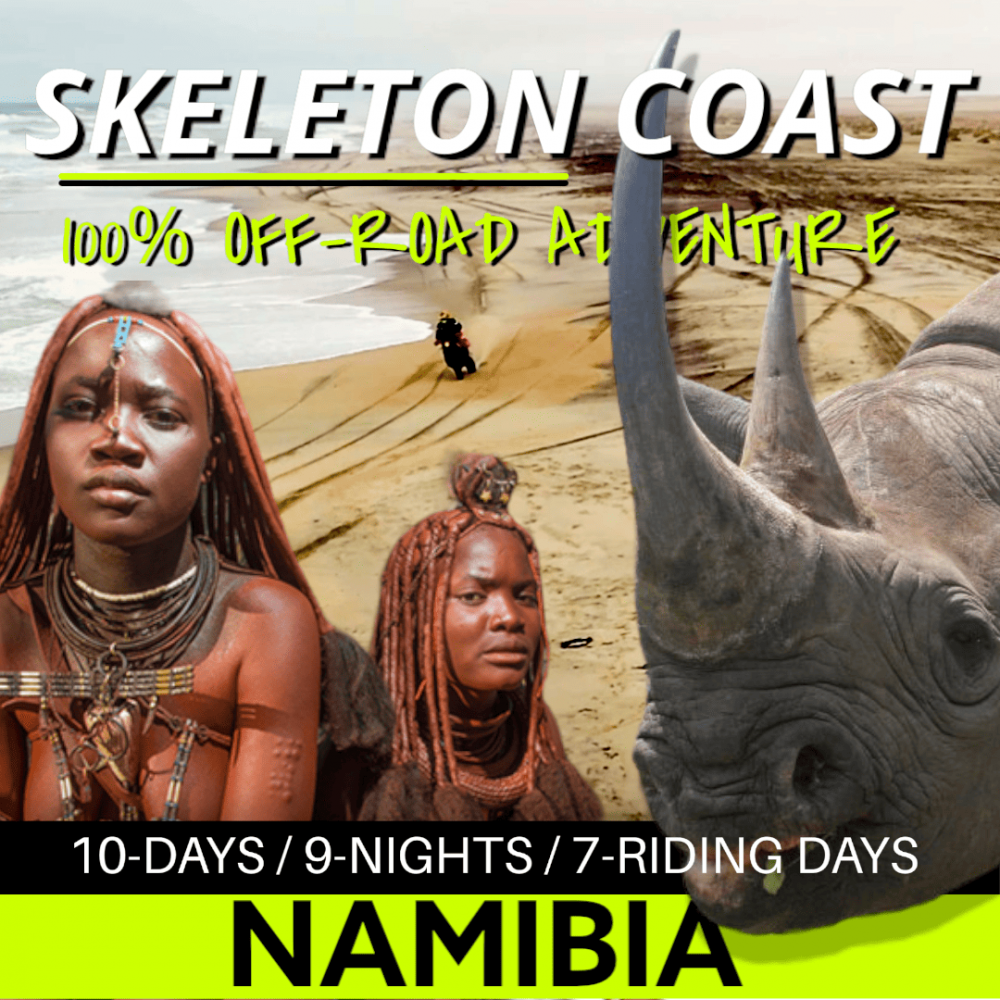 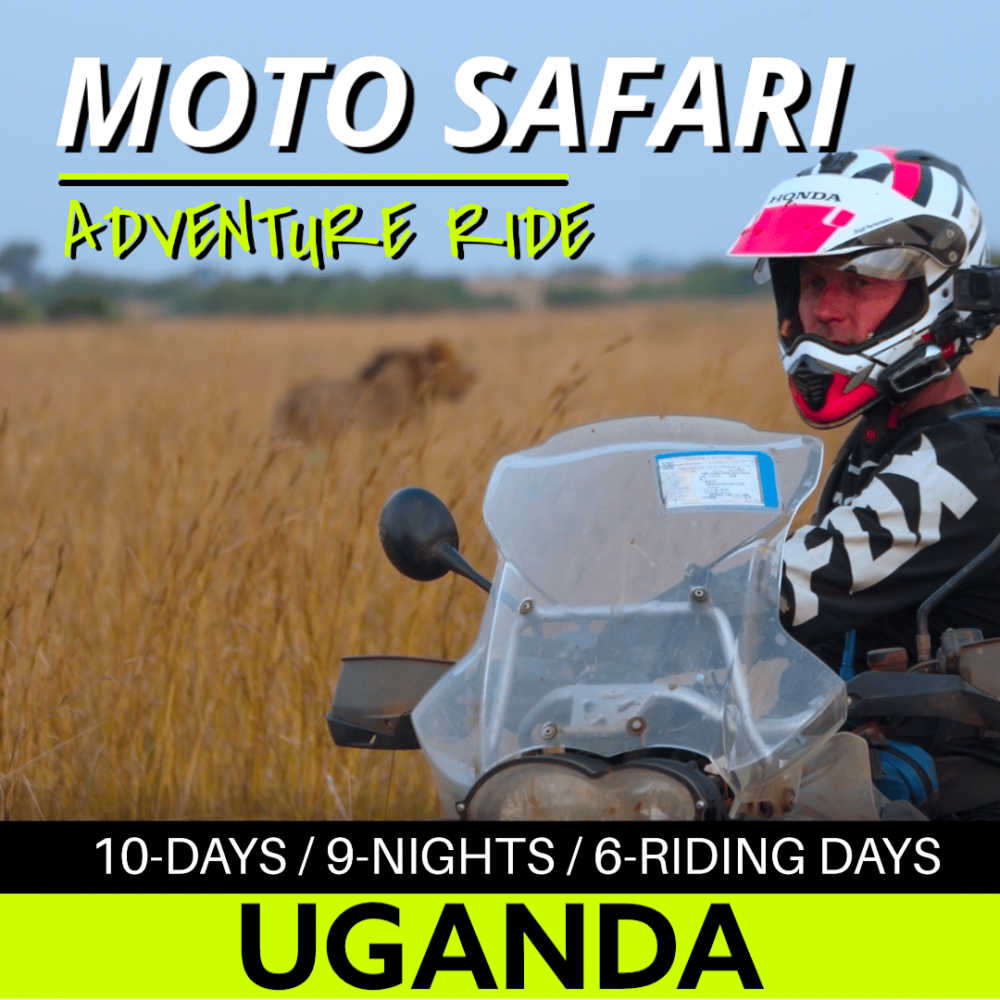 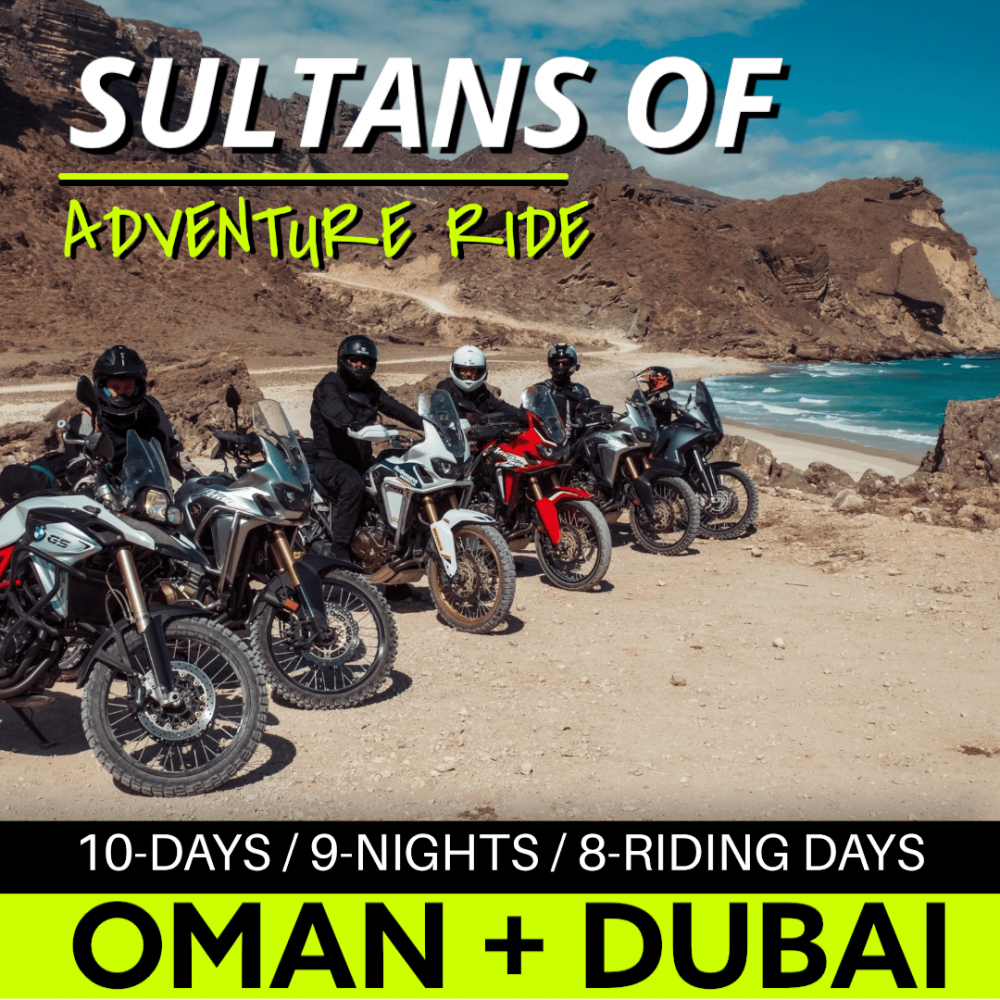 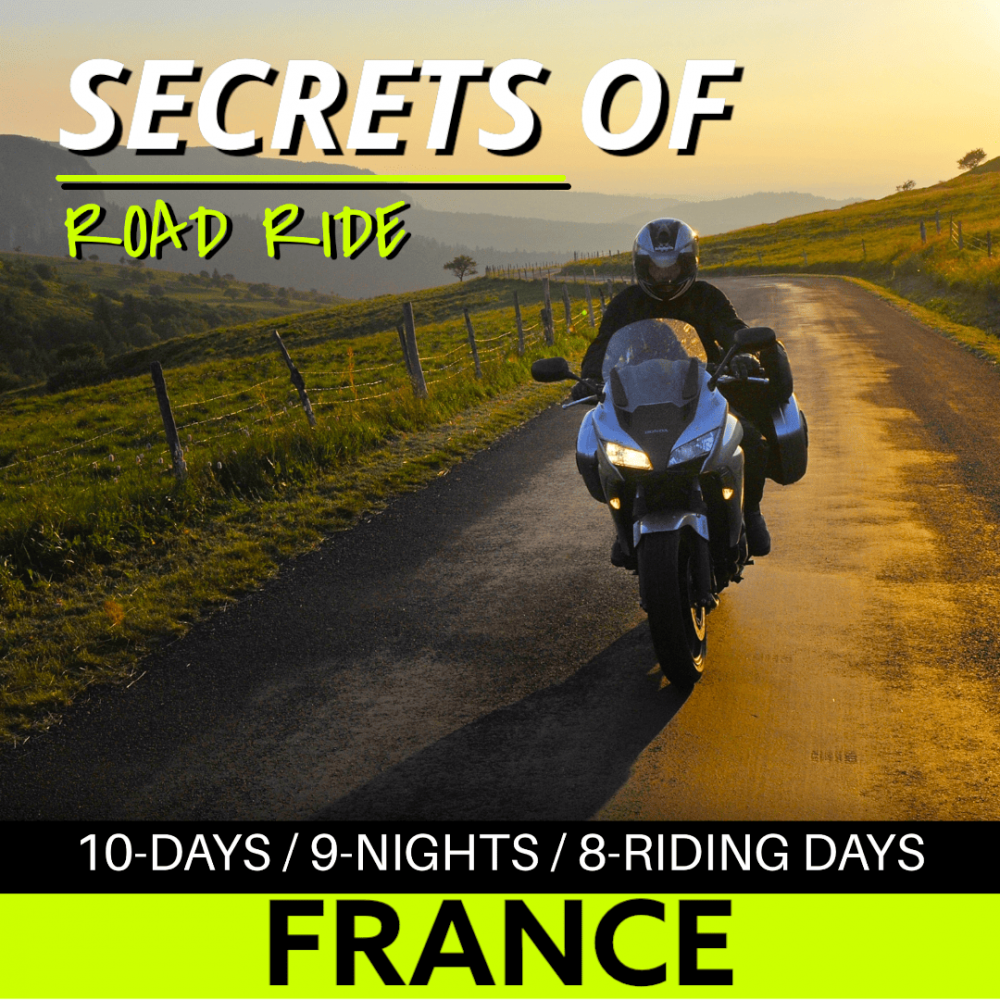 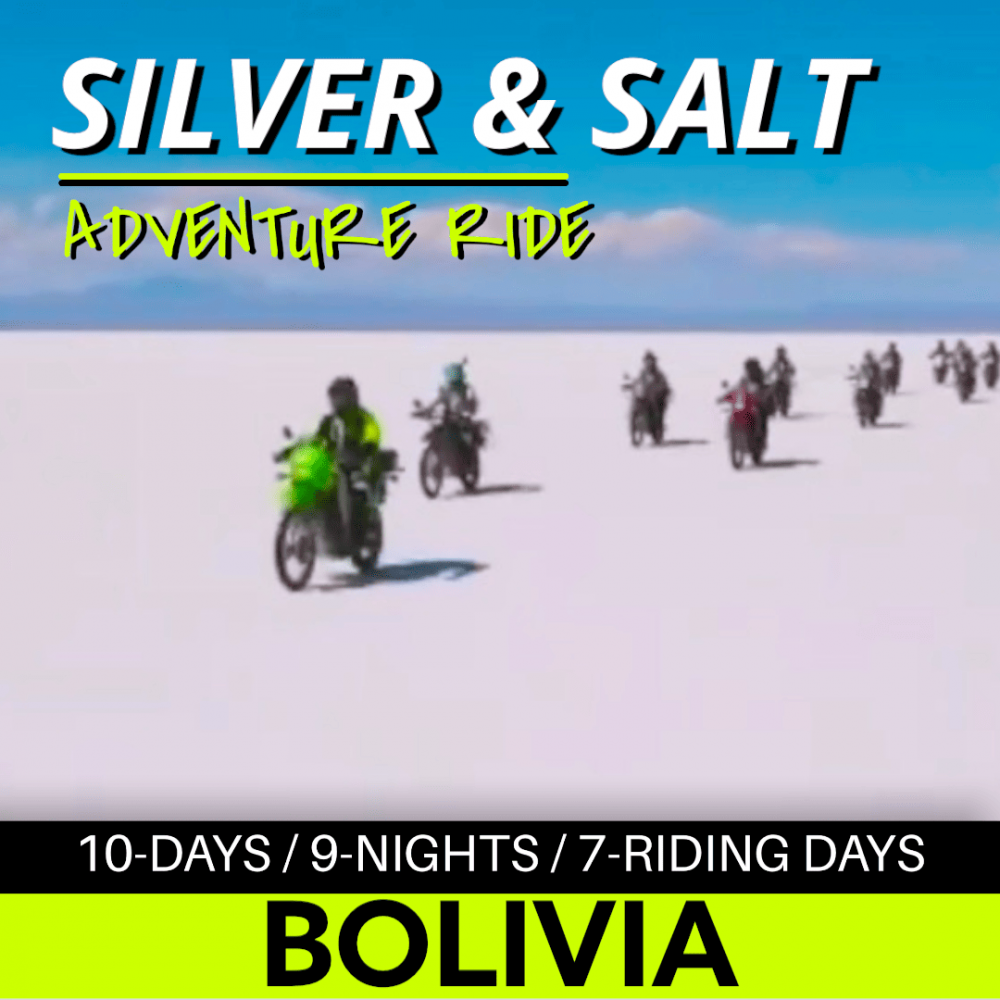