Mike Thomsen’s not always the easiest guy to get hold of.

While you might run in to him in the MotoDreamer office in Cali, busily preparing for the next tour, or proudly inspecting his shiny fleet of two-wheeled tourers, he’s just as likely to be off grinding some gnarly goat track in a remote corner of the Andes.

At the beginning of April 2019, Mike was gracious enough to lend me some time to answer a few questions about some of his epic rides, and his experience leading tourists on two wheels through wildest South America.

So, if you’ve ever wanted to know how a gringo from Denmark ended up running Colombia’s longest running motorcycle tour and rental company, read on!

F.D: Hi Mike! About a month ago you came back from the Dakar Rally. How was it?

M.T: Actually, I’ve just come back from the 14 day International Rally, which follows the route used by the original Dakar Rally. The official Dakar Rally has moved to South America – it’s still on my to do list!

This was my second go at racing in the Sahara Desert. In 2015, I finished in 11th position. This year I had a hard crash on Stage 1. I was struggling with a few injuries, but I pressed on. Later, I found out I had damaged the posterior crossed ligaments in my left knee and had two fractures on my thumb.

When the bike broke down, it took 12 hours to get rescued by the race organisation. I got the clutch fixed the same night and did up making it to Dakar, although outside the ranking system. The rules are you have to finish every stage on your own power, with no outside help.

The whole Dakar experience – the Sahara Desert, the racing history – it’s incredible. Since I didn’t quite make it this time, my only option is to go back!

F.D: You’d travelled halfway around the world by aged 6, touring overland in a 4×4 for a year and half with your parents. What sort of impression did this non-conventional childhood have on you at that age?

M.T: I cannot imagine a better way to spend childhood.

I learned very early on that people are just people, everywhere. We are all humans just trying to improve our lives and care for our families and friends. Most people don’t care about politics and power. I learnt so much about languages, cultures, food and just life in general. I never feel quite like I fit in back home in Denmark.

I truly believe the world would be a better place if everyone would leave their little hideouts and see the world. You’ll see there are so many ways to obtain happiness in this life, and that no one knows it all or has the perfect solution. Humanity is a project in development!

F.D:  Witnessing your first Dakar Rally was the life-changing moment that got you into adventure riding. What was it about Dakar that you were so drawn to?

M.T:  The battle against the elements, the speed, the machine, the danger and the untouched, secluded nature, but most of all the struggle with yourself. This type of race is more about mental strength, endurance and economising your energy, rather than riding skill and having the latest equipment.

You compete with yourself. The other racers are just companions on the same mission.

F.D:  How did you support yourself through all those years travelling the globe on a bike?

M.T:  I always had to work to be able to support my passions. I did all kinds of odd jobs – I was a kitchen hand, kindergarten assistant, delivery driver, warehouse caretaker and a barbecue chef!

My other passion is music.  I worked 15 years in the industry, touring and recording as well as managing and organising events. I had very little spare time, but whenever I could, I’d go off to travel the world by bike.

F.D: When did you realise you could make a living out of motorcycle tours?

M.T:  When I first decided to settle in Colombia, I had a daughter on the way. Tourism seemed like the most feasible way to make a living.

So, my wife and I started a backpacker hostel, which we had for six years. A lot of our guests were really interested in the motorcycle I had parked outside. Eventually I had the idea to spend the last of our money on a second bike and offer guided motorcycle tours in Colombia.

Eleven years on, motorcycle tours and rentals are our main business. It was a long and hard transition and I still consider it a lifestyle business. We do it because of our passion for riding, not because we crave financial stability!

F.D: What were your first impressions of Colombia? Did you know pretty quickly this was where you wanted to live, work and ride?

M.T:  The music industry had basically crashed in Denmark, so I took the chance to going travelling to South America. I was in Colombia for five days when I met Diana and we fell deeply in love. We got married, had our daughter and opened our business that same year, and the rest is history!

Colombia wasn’t really on my travel plans because of the bad reputation it had back then, but in the end, I decided to chance it. I ended up amazed by the country’s incredible natural beauty. The mountains, the jungle, the ocean. Every shade of green.

If you’re willing to work for it, Colombia has everything you could ask for. There are plenty of opportunities to invest and start businesses. There’s a general sentiment of “up and onwards” among Colombians determined to leave the painful past behind. You can see the improvements growing day by day. I like the type of entrepreneurial energy that exists in Colombia.

F.D. What other places stand out as some of the most challenging and rewarding for adventure riders?

M.T:  Almost the entire African continent is full of adventure, for all types of travel.

I absolutely love riding in Norway for the scenery and roads. It’s expensive and has a very short summer season, but it’s worth it.

The Brazilian Amazon, and the three old Dutch, French and English colonies on the east coast of South America are super unique travel experiences. We hope to visit there with a group of adventurers in 2020.

F.D. OK, tell me! The SINGLE best ride of your life? I know it’s a tough one but give me an answer!

M.T:  My first real off-road solo experience on a Honda NX650, riding from Cairns to Cape York along the Telegraph Line in Northern Australia is still imprinted in my mind – those deep river crossings and nights spent sleeping in the bush.

F.D. You opened Motolombia in 2008 (renamed to MotoDreamer in 2020). Colombia wasn’t exactly stable back then and it certainly wasn’t the cool country in every “Top 10 Places” travel list like today. What the hell were you thinking opening a motorcycle tour company there?

M.T: I wasn’t thinking. I just wanted to ride the incredible roads and explore the unknown.

I have done more than 500,000 km in Colombia the past 11 years. And I did trips to destinations where the Colombians themselves didn’t dare travel 10 years ago. In some way, I think the fact that I was not a local opened many doors for me.  I was not a target, and though I did see some stuff in the early years, I have always felt safe and welcome.

The authorities and the Colombian government have been a great help. We were pioneers, among the first to start taking tourists around the country. We’ve been recognised as the most innovative travel agency in Colombia several years in a row.

I’m just happy we stuck, to it even though it seemed hopeless at times. We’d have customers cancel tours because they’d just seen another film featuring a Colombian drug lord and they’d freak out. There were times we’d wonder if it was all worth it.

We realised we had to go out ourselves and change people’s perceptions. We’ve made countless trips to North America, Europe, Asia and Australia, to motorcycle and travel shows and events promoting Colombia. We’re finally seeing the results achieved by people like us, who’ve believed for so long in Colombia as an amazing destination.

F.D. Why do you think more riders are embracing Colombia now? From a moto touring perspective, how different now are things like security, infrastructure, and reactions from locals compared to when you first started riding here?

M.T:  Colombia was already well on the way to change when I arrived in 2008. But the transformation over the past decade is like no other country on the planet, I think. The infrastructure is improving at a rapid speed. Of, course the peace treaty is a major step for security, but even before that, tourism had started booming.

As a rider, there is so much to experience here. It’s like all the different terrains of the world compressed into one intense area of incredible riding!

F.D:  What’s the most memorable tour you’ve been on with Motolombia?

M.T: Our first 50 day Trans Amazonian Challenge took us through eight countries, with participants. It was a logistical nightmare to begin with, and then Venezuela decided to close their borders, while we were there, cutting us off from returning to Colombia.

We ended up having to fly everyone out from Georgetown in Guyana. Then I spent another 10 days there to organise getting the bikes and support truck shipped back to Colombia by container.

If that wasn’t enough, Colombian customs unrightfully confiscated the container and held all vehicles in Cartagena for one month. This caused absolute havoc as all our high season bookings were coming in and half our fleet was stuck in Cartagena.

Now I can look back at how much we learned from that tour, Despite the problems, it was a great journey and I cannot wait to make that tour again.

F.D:  When you finally realise you’re too old for the dirt, will you buy a Harley and just cruise the highways, Wild Hogs style?

M.T:  I might! Basically, I love anything with two wheels – the feeling of freedom and being alive in the moment. Two wheels require full attention just the act of riding clears your mind and makes you forget all your troubles. Heck, I might just ride my scooter!

RIDE WITH MIKE AND DIANA 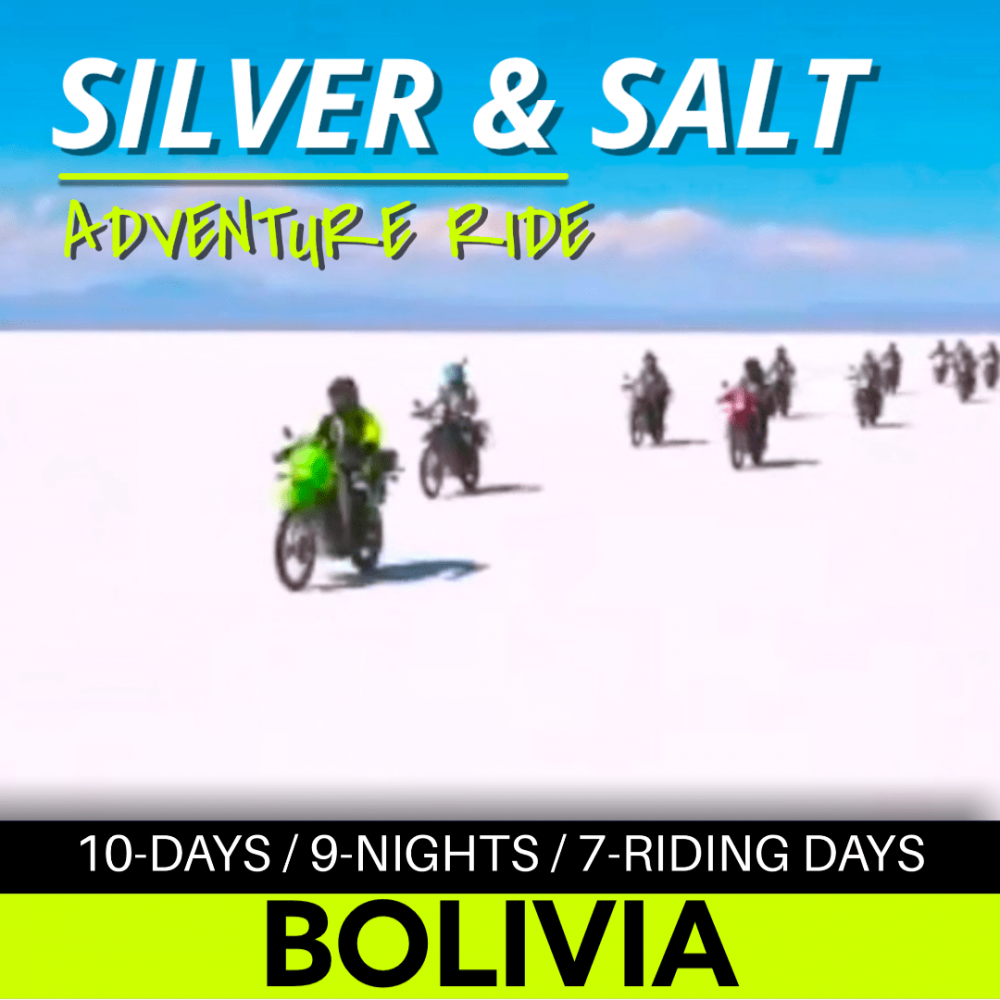 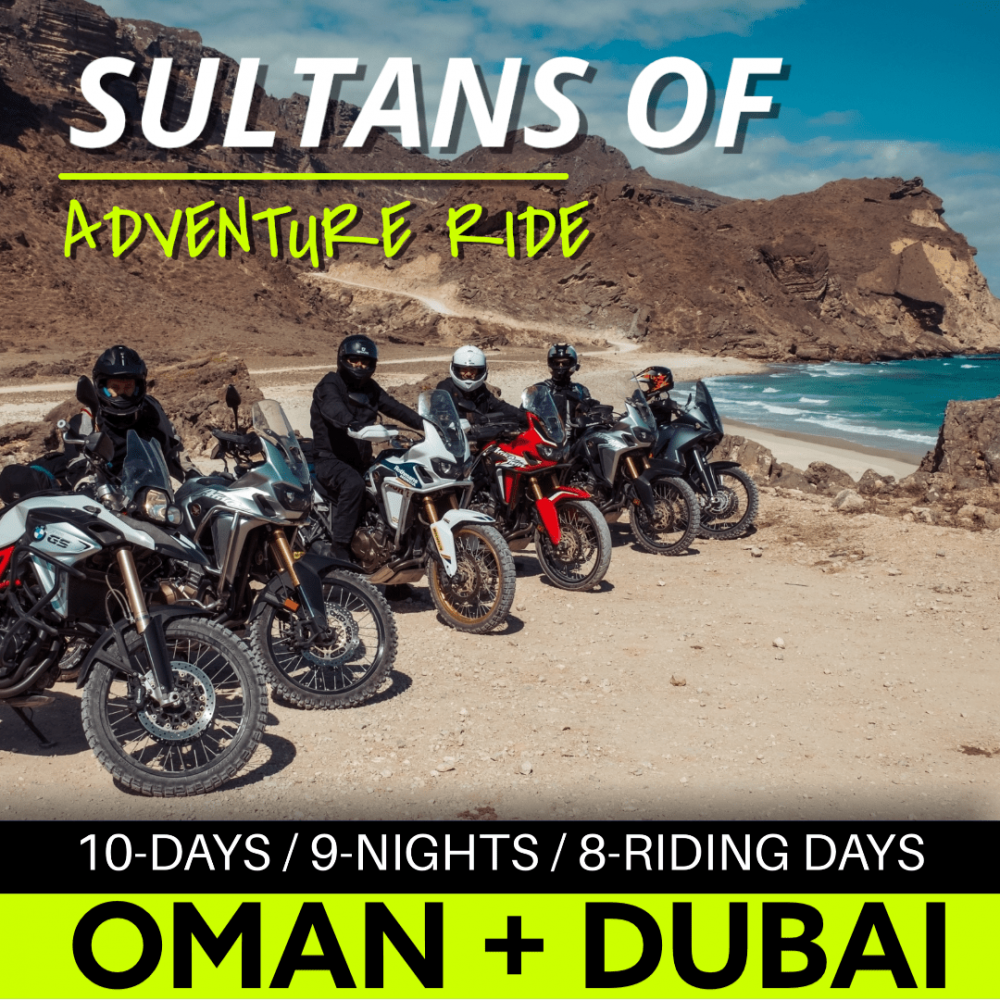 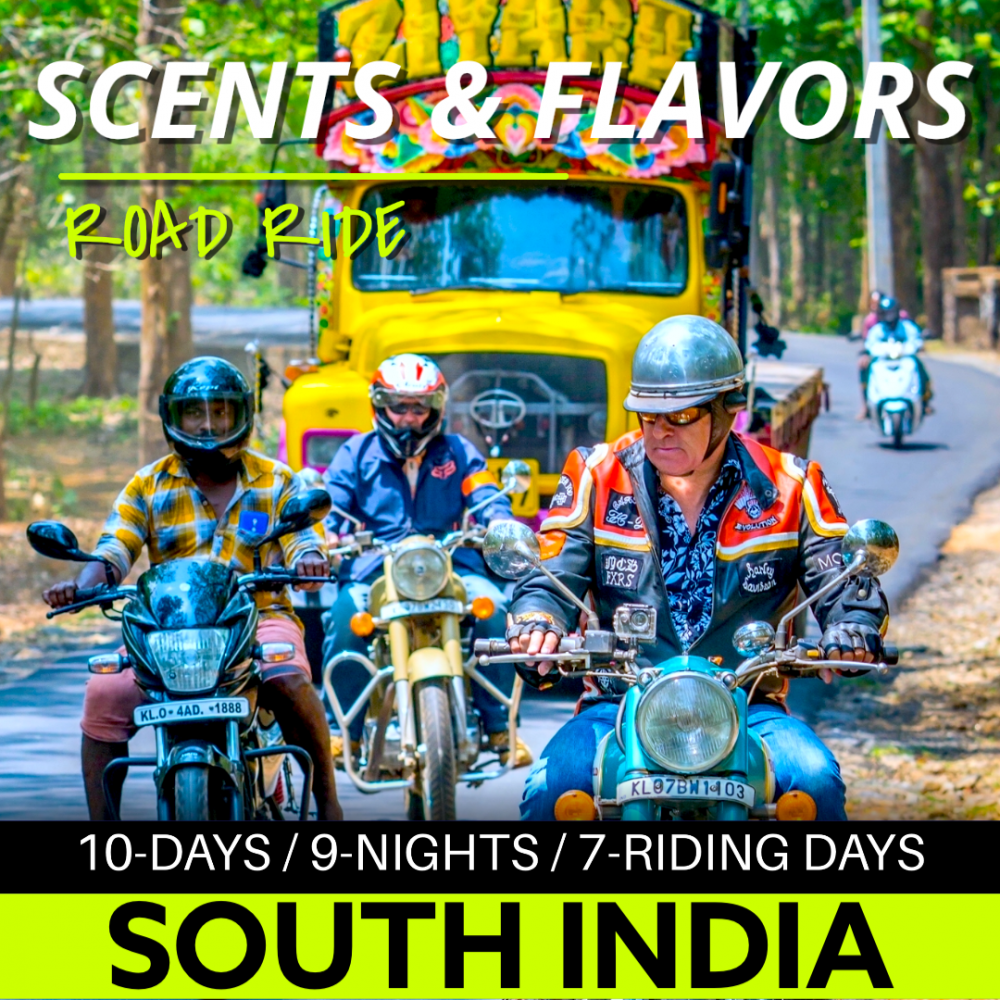 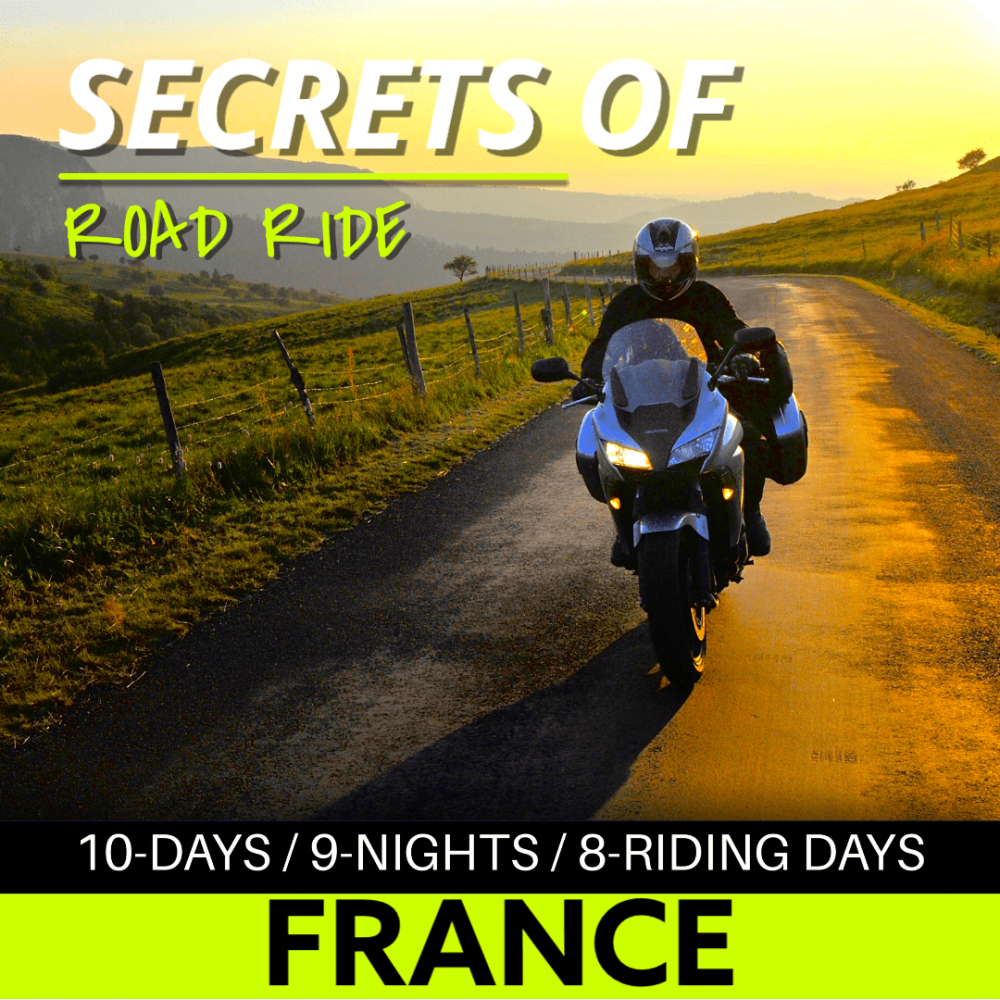 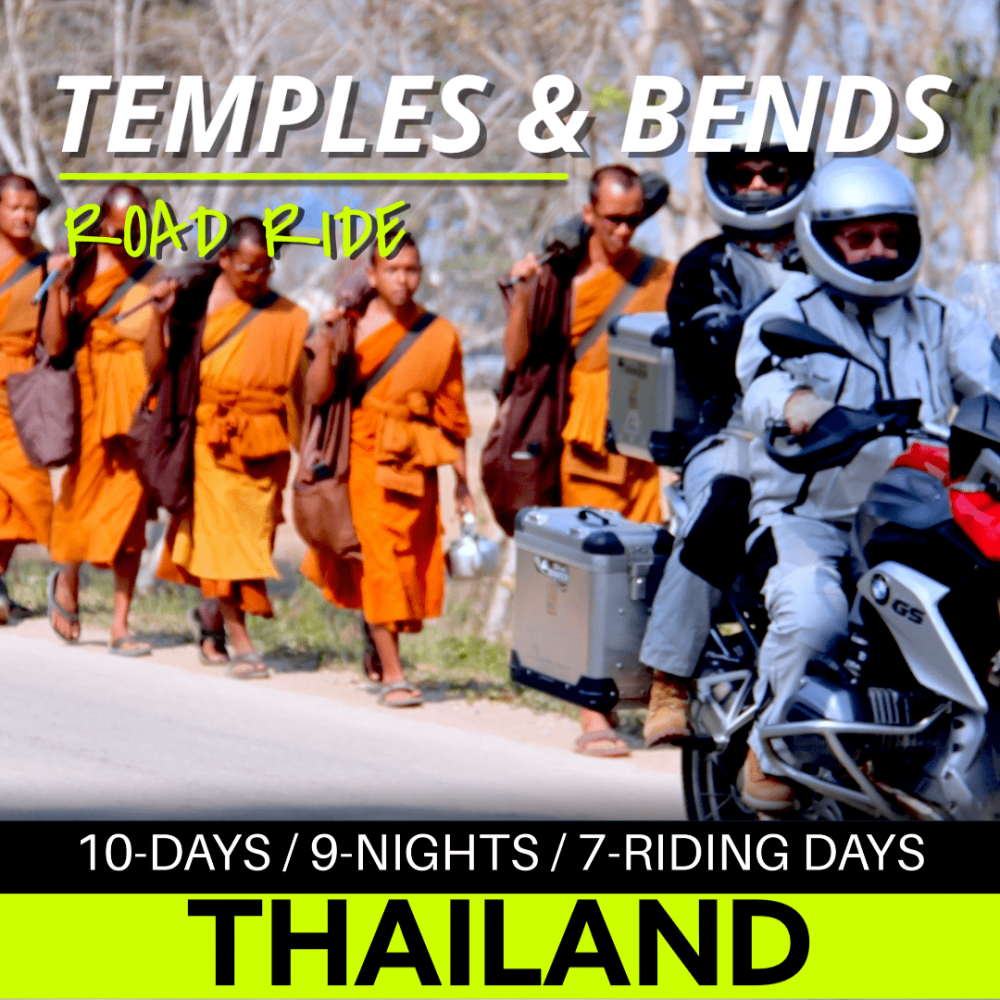 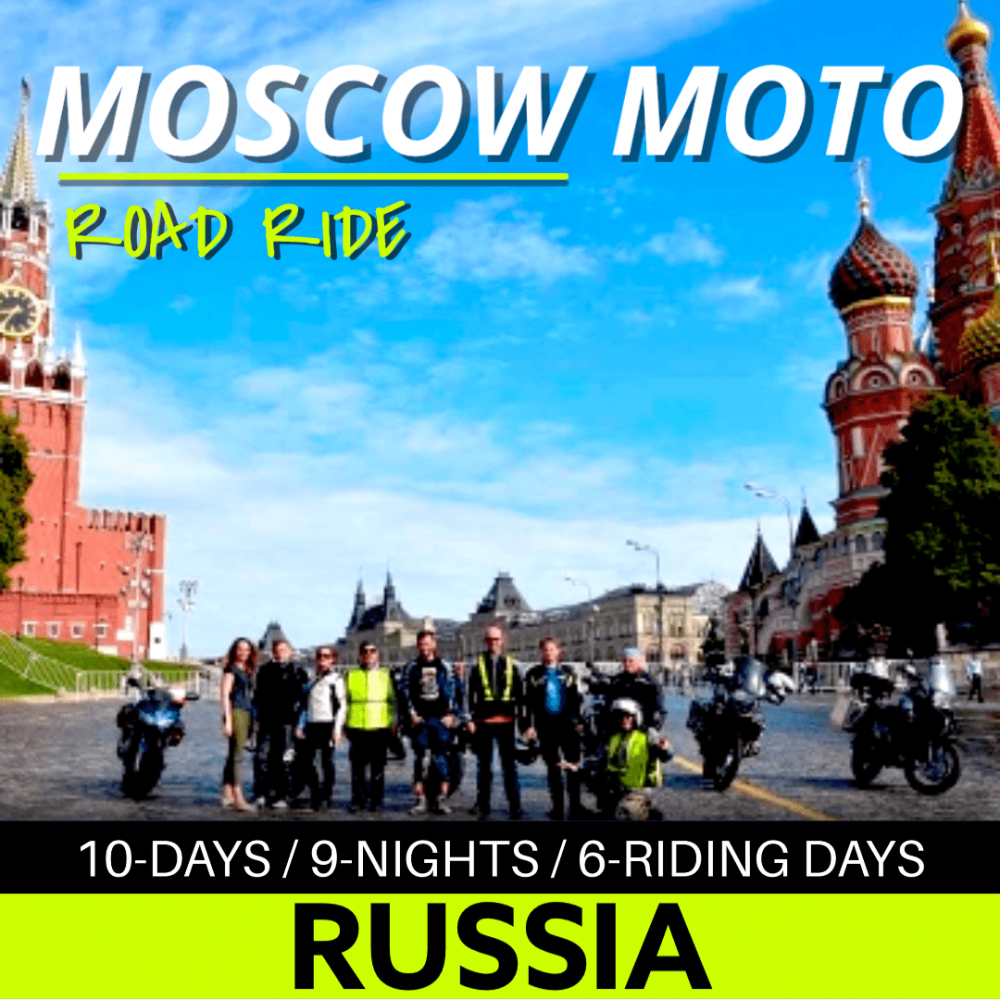 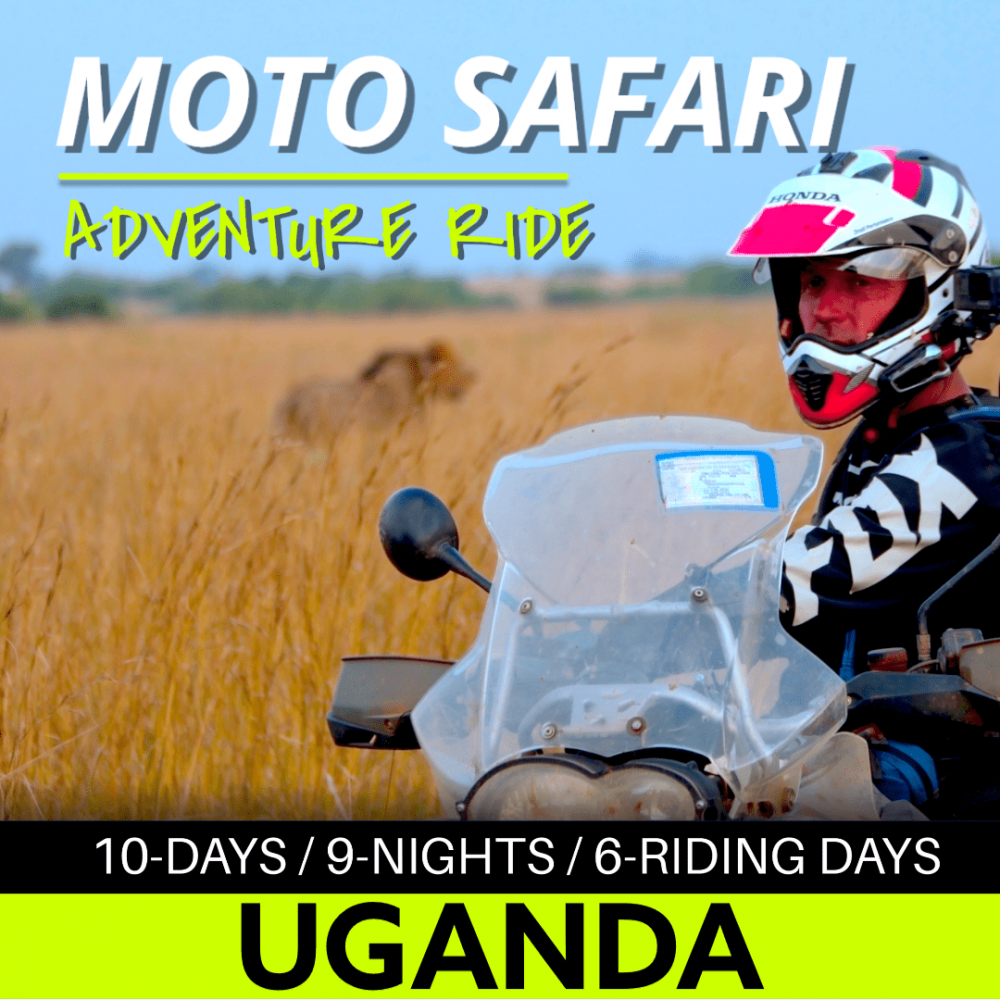 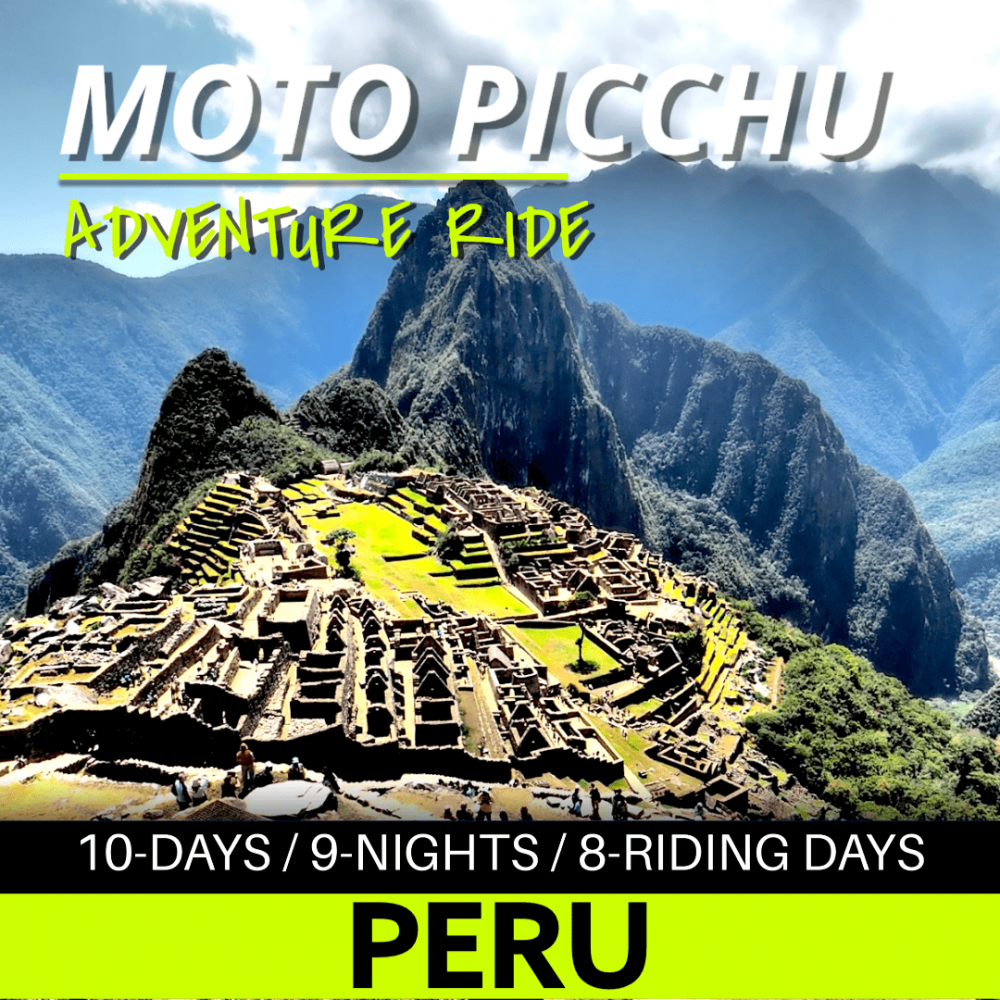 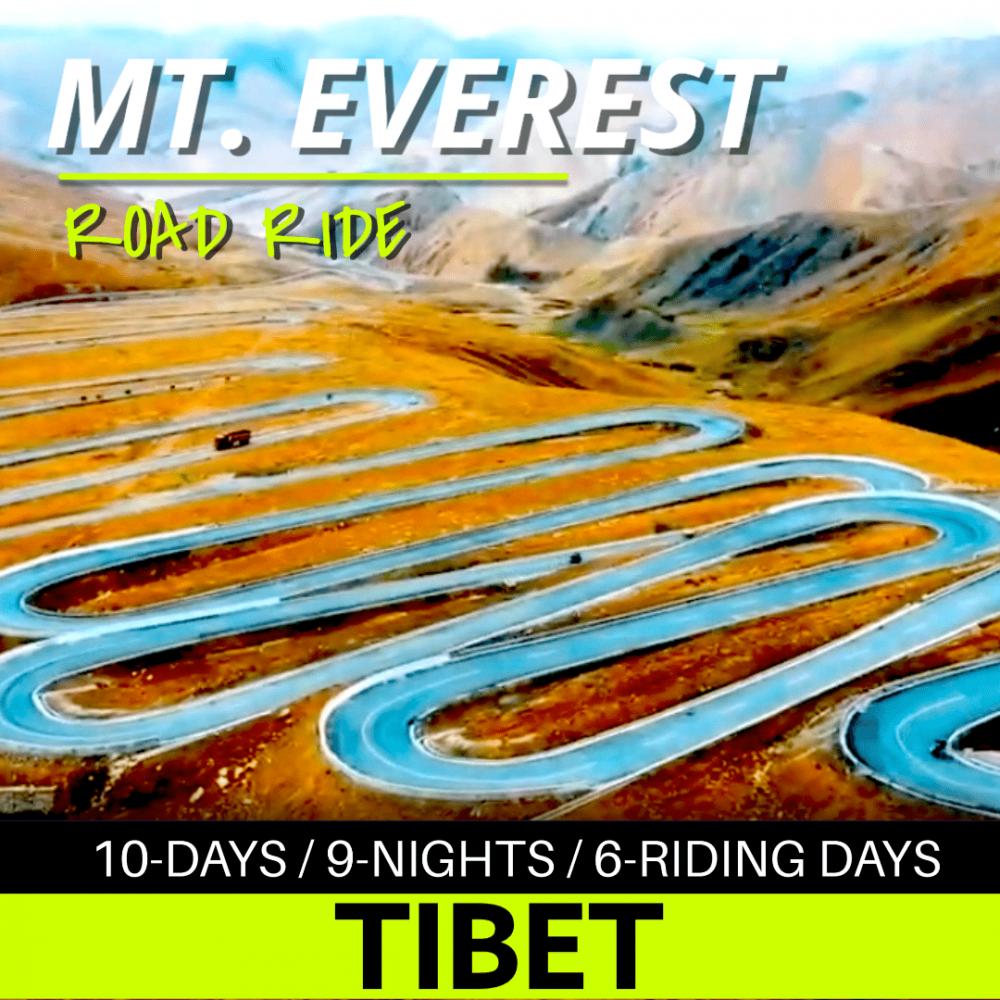