Let’s delve together into Motorcycle Adventure Touring in Asia, the largest continent in the world.

Asia is the Granddaddy of all the World’s continents. To put it another way, It covers nearly 30% of the Earth’s available land area. (More of that later.) good job, too, as it is the home to over 60% of the global population.

To its northern borders lies Europe. Now, if you follow on a map the Ural & Caucasus Mountains with the Caspian & Black Seas. Notably, you can see the boundaries defined by many Geographers, present and past.

With this in mind, it will not take you long to realize that ASIA is indeed the largest and possibly the most exciting by far.

For this reason, it may become your life’s goal to explore it all on a motorcycle.

But let’s step back for a moment and look at what MotoDreamer is doing with motorcycle adventure touring in Asia currently.

Mike and his team at MotoDreamer are already scheduling motorcycle adventure touring in Asia with Oman, Dubai, Thailand, Tibet, and India on their program. Outside of Asia, they are one of the prominent experts in South America and have been for over a decade. As a result, these guys are not beginners; they are seasoned Adventure Motorcycle Touring Operators with the added bonus of being totally independent.

MotorDreamer has always wanted to lead the way with their Ultimate Motorcycle Adventure Touring in Asia.

In short, by linking up with trusted and very experienced local partners in and around Asia, MotoDreamer has become the brand to trust amongst the Adventure Motorcycle Touring communities worldwide.

Furthermore, there are links at the foot of this article for you to explore and dates to plan for all future tours with MotoDreamer.

So straight away, you can have the confidence and enjoyment that thousands have experienced over the past decade and more.

Equally, many have returned to MotoDreamer on several occasions. Why?  Because they feel safe and confident with Mike’s dedication to the world of adventure motorcycle touring.

Author’s Notes: It’s in his Danish Viking roots. I can vouch for this phenomenon. I have known him for over eight years, and the fact he is more significant than me and he knows where I live has no bearing on me liking him.

Mike and his team are seeking your help, guidance, and feedback. They, like me, are looking at the most giant playground in the world – Asia.

The Team is requesting that after you have finished exploring this article. You all give the team your thoughts and suggestions. Also, share your experiences and wishes for what countries you feel adventure motorcycle touring in Asia should aim to be.

Author’s note: For example, let Mike have your first, second, and third destination. Make him busy. (He won’t mind.)

Mike, with his expertise, will ensure a plan and strategy for delivering a range of new & existing adventure motorcycle tours in Asia. Furthermore, concentrating on routes that will matter to you, his loyal customers, and the Adventure Motorcycle Rider community.

So let’s see how many countries need to go on your bucket list of Motorcycle Adventure Touring in Asia:

Firstly, you will need a list that shows the five subregions of Asia. Secondly, they are the Western, Central, Eastern, Southern & South Eastern regions. Here is one I put together for you.

Author’s Note: Now have you got a pen and notepad at hand for your three choices?

In my list below. You will see the countries that make up each subregion. Then a population count of each subregion as based on figures published in 2020 by Worldometer – real-time world statistics.

Author’s Note: Which 1, 2, & 3 got your motorcycle adventure touring in Asia juices flowing with anticipation? Mine is 1. Mongolia, 2. Bhutan and 3. Vietnam.

Asia is made up of 48 countries/territories. That could mean 48 cups of tea, at least.

Author’s Note: Now store your notes safely before heading off for the kettle. I require a comfort break and a pot of coffee.

Welcome back to my article titled Motorcycle Adventure Touring in Asia. Now let’s discover some more facts about Asia in general:

Renowned oceans bound Asia as the Arctic, The Pacific Ocean, and The Indian Ocean. Not forgetting 15 seas such as The Arabian, Java, Red, Yellow, South China & East China seas. These are just a few. Combined, they make an impressive amount of water.

So if you love your seafood or catching it, there are plenty of ports, restaurants, food markets, street eateries, and harbors to meet your every need.

The Deserts are ideal for Motorcycle Adventure touring in Asia.

Maybe you prefer keeping your feet warm and dry, in that case, Asia has a lot of deserts. The Arabian & Gobi are the two largest. In brief, each with a landmass of 2,330,000 km and over 500,000 square miles, respectively.

If you are an adventure motorcycle touring rider or someone who wants to experience motorbike riding in a desert environment. Then check out the link at the end of this article on the MotoDreamer Oman & Dubai Tour and beyond.

Now if the image above is too hot for your blood pressure, check out the mountains.

The Mountains are perfect for Motorcycle Adventure touring in Asia.

For this reason, why not head to one of the numerous mountain ranges situated in 1, 2, and 3 of your chosen 48 countries in Asia? (Just in case you are as forgetful as me.) You will find your three choices on your notepad.

Did you know that of all the highest mountains in the world? Nearly all, are majestically on display throughout Asia. More than 130 of them are more extensive than their counterparts in other continents such as North and South America.

The same goes for Europe, Africa, Australia, and mighty Antarctica.

Just envisage for a moment. You have managed to have a month or two of work. Or by the same token, you have retired with ample time for freedom and exploration.

Now, it is time to relook at that notebook again with regards to your three choices of Motorcycle Adventure Touring in Asia.

Is it possible your lifetime partner also hankers to be your pillion rider once again? That is to ask, are they like you? Do they want to add more adventures and bankable memories?

How about a joint motorcycle adventure touring in Asia combination?

Surely, it is time to show them your notebook choices of motorcycle Adventure Tours in Asia. Specifically, do you both agree on the choices?

Another key point, are your capabilities on motorcycles to handle mountain ranges, rough terrains, off tarmac trails, deserts and hairpin roads primed and ready?

Author’s Note: Obviously, the above question is not aimed at the Seasoned Rider amongst you. It is for whatever reason there has been a good number of years since you were. With this in mind, I accept that if I am to achieve my goal of 10 days in Mongolia, I need to get this body in better shape.

Best to remember, there are many mountains throughout Asia that will be there for you to conquer.

Just check out the following table of the biggest ones. Just see the possibilities that are out there for you:

Author’s Note: Time for your second list of 1, 2, & 3 choices. Only this time on the mountain ranges of Asia.

Author’s Note: Accordingly, here are my personal choices are 1. The Himalayas. 2. The Altai Mountains. And 3. The Western Ghats.

Author’s Note: On balance, I can imagine you want to take a break and contemplate what‘s coming next. Fair enough. I will go and have another pot of Colombian Roast. See you in a little while.

Nice to see you back, all fresh and revving to go. I will continue assisting you with Motorcycle Adventure Touring in Asia.

Asia’s mountain ranges will all have a Plateau basin at their feet. Furthermore, many will have Glaciers.

With every Mountain range, there will be a plateau that you can explore at its base. The most important one is called the Tibetan Plateau. Many refer to it as “The Rooftop of the World,” and for a good reason.

So why is it called “The Rooftop of the World?”

Purely because of the vast number of glaciers that the plateau holds. Each glacier carries ice and snow. This, in turn, provides vital water supplies to many Asian rivers.

Were you aware that approximately 2 billion people’s lives in Asia are dependent on this water?

Suffice to say, all plateaus are essential to all their local inhabitants, animals, and plant life.

Another reason why plateaus are important, that’s where the roads will be.

The roads for all Adventure Motorcycle Touring Riders.

I do not forget the scrambled trails, the off-road hairpin bends, the long and winding highways. Nor am I ignoring the ups and downs of mountain ranges. All vital elements for your playground of Motorcycle Adventure Touring in Asia.

In addition, the farmlands, fields, meadows, and valleys. Plateaus, rainforests, bridges, lakes, deserts, tunnels, clouds. The list can go on and on.

Every playground becomes your adventures and memories to own.

Author’s note: I thought it would be fun to give you some roads’ names and in which countries you will find them. Add them to your bucket list. Expand as you journey through Asia and all it can offer with your list number 3.

Author’s Note: Please forgive me; I had to 5 stars for them all. I even want to have completed my lifetime bucket list with all of them before Mike does. (He’s way ahead of me.)

In the meantime, my three choices are 1. Mongolia. 2. Hai Van Pass in Vietnam and 3. Kathmandu in Nepal.

With your Motorcycle Adventure Touring in Asia bucket list completed with your chosen Countries, Mountains, and roads. You are undoubtedly ready.

There will be thousands of more roads, trails, loops, hairpins, and curves that will fill your memory bank.

Summary of this article titled Motorcycle adventure touring in Asia.

I do hope you have enjoyed it. It will please me if you have learned a stack from it and have gained value from my efforts.

All I ask of you Adventure Motorcycle Touring Riders is to follow up with an email to Mike and the MotoDreamer team and tell them what your three choices should look like when considering a future Motorcycle Adventure Touring in Asia.

Please share this article with fellow Adventure Motorcycle Touring Riders. Mike and I will be delighted indeed.

Final Author’s note: All pics courtesy of unsplash.com and attributes published via FaceBook to the originators.

Now we at MotoDreamer thought you may like to see other magical destinations that will surely whet your appetite for the sense of total freedom on the roads:

The History of Adventure Motorcycle touring.

The History of Adventure Motorcycle Touring. What were the historical roots of using a motorcycle to tour for adventure? What part did Triumph motorbikes play?

Ride your Motorcycle safely through the mountains

Riding your Motorcycle safely through the Mountains is part of the fun. See here how to achieve your goals and live to tell the many stories you will amass.

Motorcycle Touring in Northern Thailand! How many times as a Motorbike Adventure Rider have you said those very words out loud? It’s time to investigate the possibilities.

Written & Edited for SEO optimization by Mike Bowley at www.mikedbowley.com

Here is the Oman & Dubai Motorcycle Tour link I mentioned earlier in this article: 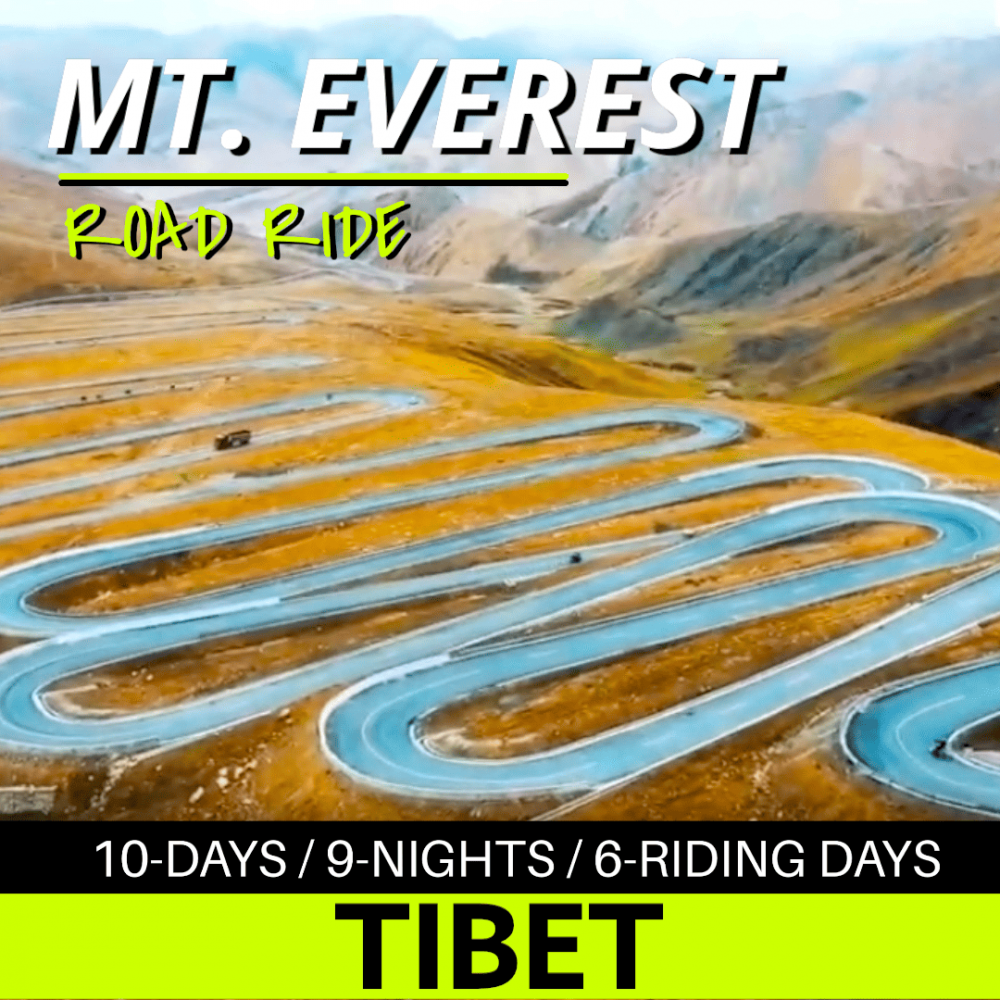 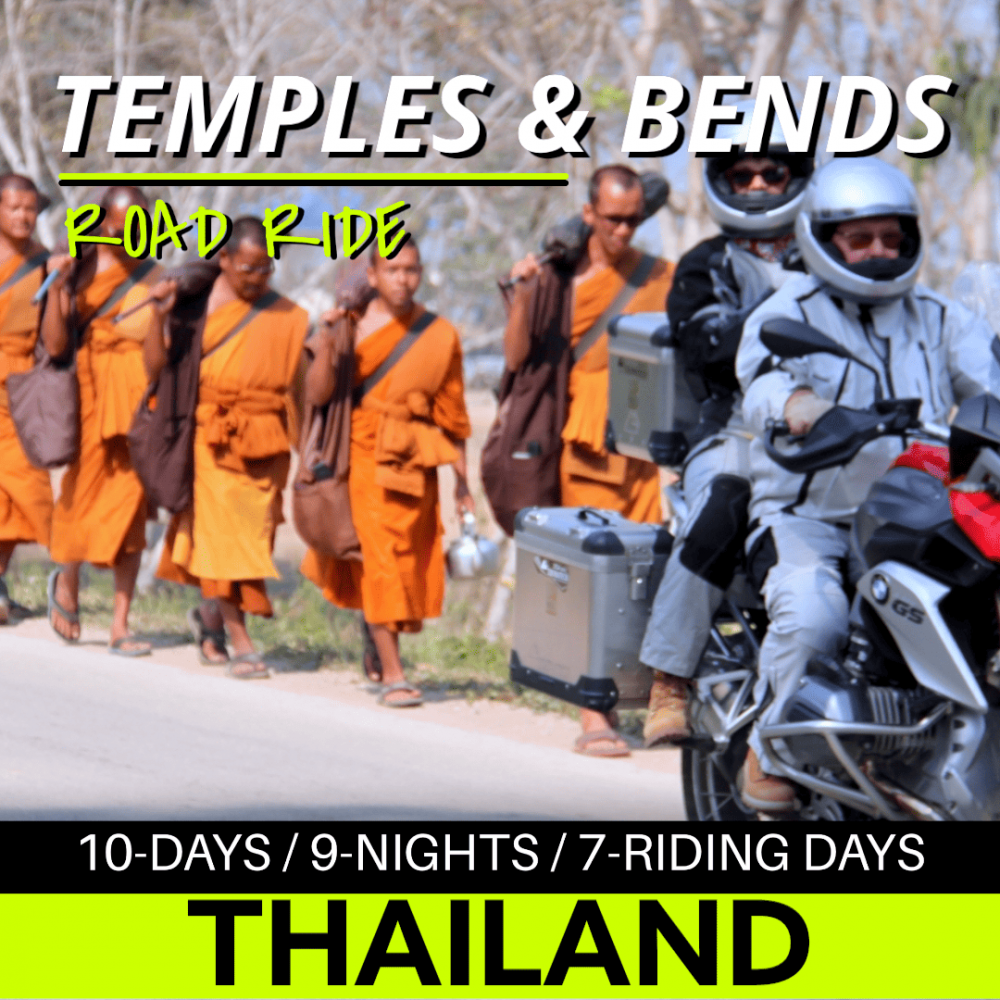