What´s Colombian weather like when Motorcycle Touring? You can expect the climate to suit you in so many positive ways. Read on.

Colombia has the Perfect Climate for Motorcycle Touring – 365 Days a Year.

Encountering a gaggle of gringos on touring motorcycles is no longer a strange occurrence in Colombia. Hit the highway, and you’re bound to spot the conspicuously bulky bikes of least a few adventure riders from abroad.

The country’s rider-friendly climate is just one of the countless reasons motorcycle touring has become more and more popular in Colombia.

Because its borders encompass the Caribbean and Pacific coasts, the Eastern Andes, and the Amazon, Colombia is divided into five climatic zones.

What that means for riders is there’s no wrong time to come to Colombia. While one region might be in the midst of a soggy month of monsoon, other regions will be pleasantly dry and sunny.

Perfect all year round weather conditions when motorcycle riding in Colombia

The above is the perfect answer to your question on What´s Colombian weather like when MotorcycleTouring?

Given Colombia’s proximity to the equator, the country’s weather is relatively stable and consistent and isn’t defined by typical summer and winter seasons. In much of Colombia, daily temperatures tend to fluctuate very little throughout the year. Furthermore, like other equatorial countries, the country doesn’t suffer through harsh winters.

What does vary from season to season is the average amount of rainfall each particular region experiences. However, rainy seasons in most Colombia tend to be very short, only lasting a few months of the year.

In reality, most of Colombia’s popular motorcycling routes can be ridden all year round without having to worry too much about the weather.

The only exception might be if you’re planning long stretches of remote, off-road riding. In that case, your best strategy would be to research the climate specifics of each region and plan a route around avoiding the big wet as much as possible.

All Colombia’s major cities and most tourist destinations have good to excellent sealed roads rarely adversely affected by normal, year-round weather conditions. And except for the country’s tropical rainforest regions, all-day rain is a rare occurrence.

As a general rule, even in the height of monsoon, downpours last an hour or two and occur a couple of times throughout the day.

Of course, just like anywhere else in the world, the weather is never totally predictable. In Colombia, if a bout of bad weather does strike, it can and does cause havoc on the roads.

This is especially true in mountainous, landslide-prone areas.

Like planning for any other long-haul ride, keep an eye on the forecast and your ear to the ground. Watch for news reports on extreme weather events and ask locals and fellow riders if you should be on the lookout for any hazards.

BELOW WE’VE LISTED FIVE OF COLOMBIA’S MOST POPULAR TRAVEL DESTINATIONS AND THE BEST TIMES TO VISIT THEM.

While more rain hits Bogota in April and May and September through to November, Bogota is often described as having four seasons in one day. Wet weather gear is a good idea no matter what month you visit.

Bogota sits at 2,600m elevation and is the gateway to some great high altitude touring routes. So warm, layered clothing and suitable gloves and footwear are essential.

Medellin and its mountainous surroundings enjoy continuous spring-like weather, with an average temperature of 22°C year-round. Short showers every few days aren’t uncommon, although there are two distinct rainy seasons.

The first: March through May, and the second: September through to early December. During the wet seasons, a couple of heavy downpours a day between breaks of clear weather are the norm.

Hot and humid year-round, the Caribbean coast typically has two brief rainy periods, May to June and October to November. The rest of the year remains more or less dry.

Like many tropical locations, monsoon rains tend to come down hard and fast late afternoon or evening. The positive aspect is they do provide some welcome respite from the heat. In comparison, you’ll find the mornings usually offer clear conditions.

The Zona Cafetera ideal is for growing coffee thanks to its mild climate and decent rainfall year-round. You can expect almost every day in the Zona Cafetera to offer up a mix of pleasant sun, short showers.

In between, expect the occasional heavy downpour. In addition, expect low mist hanging over the higher roads. These mists will often cause reduced visibility. Although on the positive side, it certainly adds atmosphere to the region’s already lush and scenic green surrounds.

Cali is the usual jumping-off point for exploring this relatively untouristed region. Around Cali, daytime temperatures hover around 30°C (86°F), with a little more rain falling between March to May and October to November.

The remote Andean routes to the east and south of Cali offer the chance to delve into some extreme off-road adventure riding. This is a vast region of volcanic peaks and deep canyons. In addition, this is where dramatic changes in the landscape seem to arise around every corner.

These are some of the most fertile regions in the Andes, and rainfalls frequently year-round. The heaviest rains tend to occur in March and April and October to December. 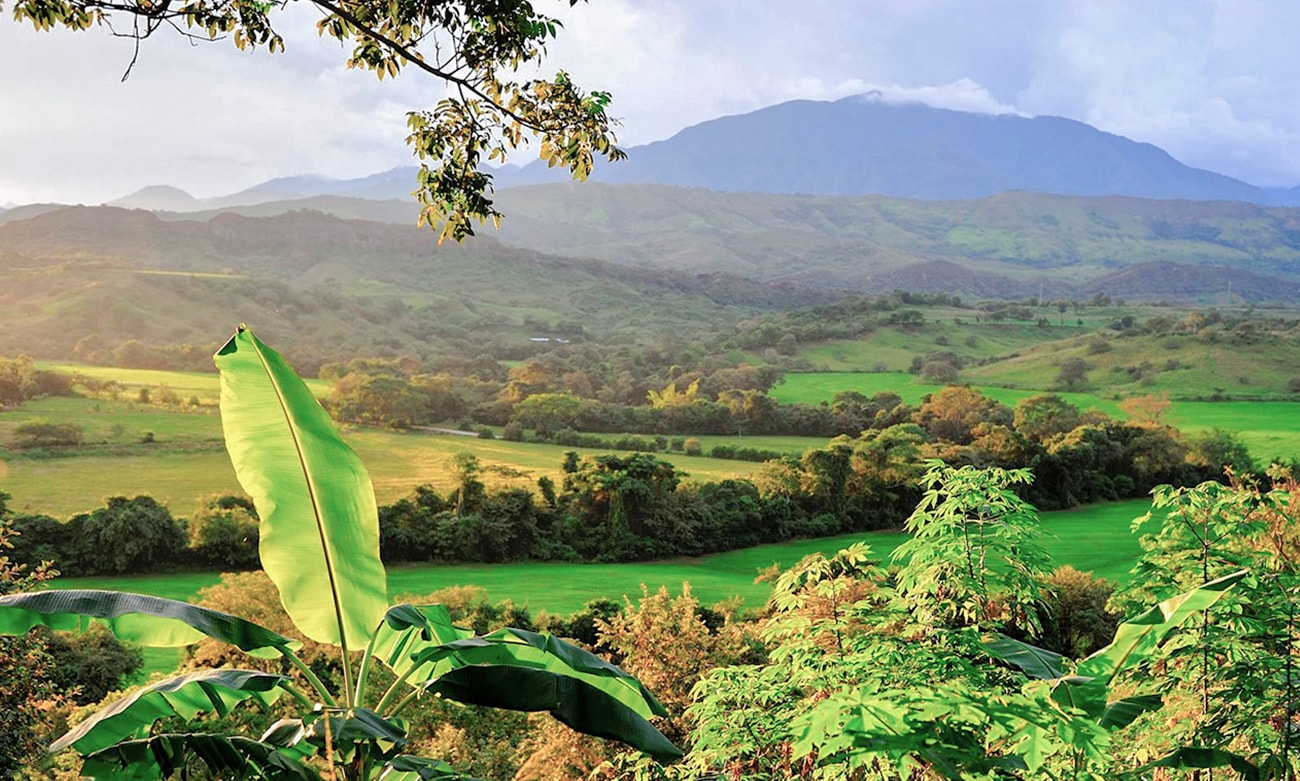 Subsequently, these periods of prolonged heavy rain are when the risk of landslides is most significant.

In conclusion to this article titled: What´s Colombian weather like when Motorcycle Touring?

Always plan backup routes and be prepared to back-track in extreme weather conditions or closures due to damaged road surfaces.

On the other hand, if you stick mainly to the many excellent paved roads in the Colombian Southern Andes (like the beautiful stretch of the Pan American Highway between Cali and Pasto.) You will find motorcycle touring in this region is easily doable all year-round.

This week here at MotoDreamer we talked about the safety we now enjoy, the biodiversity we see around us, and how nice it would be to take a tour in a set of 4WDs.

Is motorcycle touring in Colombia safe?

Is Motorcycle Touring in Colombia safe? This single most frequently asked question is one about exploring Colombia with a bike. Bring up your plans regarding Colombia in conversation, and the response may well be, “are you crazy?” Why not take a moment to read this article on the subject of safety in Colombia and decide for yourself.

Colombia & Biodiversity goes hand in hand. This magical country is listed as one of the world’s “megadiverse” countries. Does the thought of being up close to megadiversity, never mind biodiversity on your touring motorbike, set your juices flowing? Let’s see why.

MotoDreamer Introduction to 4WD Tours in Colombia and beyond. If you can’t go adventuring on two wheels, we say do it on four wheels! And if they’re the kind of wheels that eat dirt, mud, and sand for breakfast, all the better!

What´s Colombian weather like when Motorcycle Touring? Always ask the experts at MotoDreamer. They will guide you and keep you safe.