Why should I visit Popayán? Cartagena has everything and more. In contrast, I have never heard of Popayán! – Colombia’s 480 Year Old Colonial ‘White City.’

Most people have heard of Cartagena, the colorful Spanish colonial city on the Caribbean coast.

Regarded as Colombia’s number one tourist destination, the name Cartagena conjures up images of a romantic, sun-kissed city. A city that´s full of cobblestone streets. With some of the most, brightly painted mansions, and mango-colored churches you have ever seen.

Yet, being crowned “the Most Beautiful Colonial City in Latin America” does have its drawbacks.

Just imagine, tacky souvenir stores, pointless attractions, scammers, tricksters, and “tourist tax” prices come with the crowds. Don’t even get us started on the cruise ship passenger herds. Before Covid-19, it seemed these one-day-only tourists were crammed into the city in more significant numbers every year!

Despite all this, Cartagena does remain a truly stunning place and utterly worthy of its reputation. But while Cartagena hogs the limelight, many travelers remain in the dark about Colombia’s other World Heritage-listed colonial city. 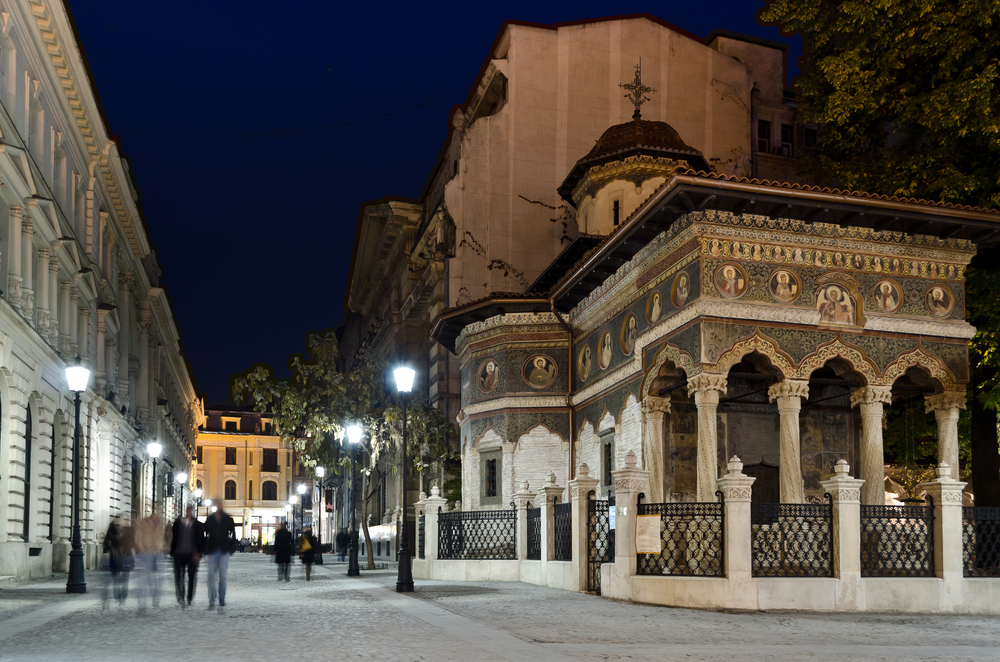 Popayán, nicknamed la Ciudad Blanca (the White City) for the whitewashed buildings that give its historical center a stately, distinctive appearance.

Still largely undiscovered by foreign visitors, Popayán is an authentic, unsanitized, tourist trap-free colonial city. It’s also nowhere near the ocean, making it safe from the cruise ship invasion for all eternity.

After reading the above, it makes sense that Popayán is Colombia´s second colonial city.

One year after Cartagena. The Spanish Explorer Sebastian de Belalcazar founded Popayán on the 13th January 1537.

Thus, establishing it as the capital of southern Colombia before Santiago de Cali eventually took its place.

Popayán’s historic downtown, a collection of beautifully preserved colonial-era buildings. In addition, there are dozens of striking landmarks, with some dating back to the 16th century. Now, plenty of the majority you´ll find clustered around a massive central plaza, the lovely, lively Parque de Caldas.

So why should I visit Popayán? What will I see?

Also as you wander the old streets of Popayán, and remember to look out for some of the city’s most famous landmarks, including:

Ok, what other reasons answer why I should visit Popayan?

How about POPAYÁN being named the WORLD HERITAGE CITY OF… GASTRONOMY?

Earlier, we described Popayán as a World Heritage Listed city, which is true.

In fact, Popayán received its World Heritage honors for something else entirely. Furthermore, in 2009, UNESCO’s Creative Cities initiative declared Popayán the first World City of Gastronomy in Latin America.

Furthermore, Popayan is known for its distinctive take on the national cuisine, drawing on pre-Colombian, Spanish, African, and European influences. In addition, it utilizes a vast array of native ingredients, some found only in southern Colombia’s mountains, forests, and coastal areas.

Why should I visit Popayan Must-try local dishes include:

Helado de Paila: A traditional ice cream of fruit juice and ice, hand-stirred and set in a copper pot.

Breva Calada: Commonly enjoyed at Christmas, this dessert, made from figs soaked in panela (brown cane sugar), served on top of white cheese.

Salpicon Payanes: This delicious fruit cocktail is a blend of the Colombian fruits lulo, papaya, guanabana and mora.

Why should I visit Popayán & where should I go to eat?

Then, there´s this hotel’s owners are key players in the Congreso Nacional Gastronómico. Altogether, set in an elegant Colonial mansion, the restaurant showcases skillful cooking across an innovative menu combining French and Colombian elements.

Of course, there´s a restaurant with smartly dressed, bow tie-wearing waiters, this restaurant has a friendly, old-fashioned vibe and specializes in giant cuts of beef cooked on an open grill.

It might not be more than a few plastic tables and chairs, but this cheap-eatery is famous for its scrumptious empanadas de Pipián.

An awesome pastry shop run by Doña Chepa, a veteran baker who’s been making her legendary aplanchados (shortbread-style flat pastries) for some 70 years.

Before you go on a diet, try this French-owned bistro is a cozy spot for delicious sweet and savory crepes.

Why should I visit and Popayán What’s the nightlife like?

Author´s Note: This article titled Why should I visit Popayán? has to be the culinary delights that await all Adventure Motorcycle Touring Warriors after a tough and challenging day on their bikes.

On the surface, Popayán may look like an old, relatively unchanging place. But dig a little deeper, and you’ll discover a city buzzing with youthful energy and a creative, independent spirit.

It’s Home to prestigious educational institutions, including the University of Cauca. Popayán attracts thousands of students from across Colombia every year. Thus ensuring a lively, authentically local after-dark scene most nights of the week.

Before you decide, to call it a night, Salsa fans should check out Bar Iguana and New York. For something a little more old-school, El Sotareno is an old-time locals’ favorite.

Occasionally, El Sotareno loves playing classic Tango, Bolero, and Ranchera. However, for a more chilled-out bar experience, check if there’s live music playing at Wipala.  This is a cafe, bar, gallery, and performance space all in one.

Also, as an alternative, why not cozy up at Bendito. A labyrinthine student hang-out with a pop and rock soundtrack, craft beers, and tea-infused cocktails.

Popayán, a compact city, and its significant sites, see in a day. However, it’s worth extending your stay to explore the magnificent natural landscapes of the surrounding region.

Some of the best day trips from Popayán include:

Purace National Park is a vast, rugged park protecting a swathe of Andean paramo (high altitude alpine grasslands.) Each is also, dotted with waterfalls and thermal springs. Furthermore, this is home to a small population of endangered Andean condors.

So, remember, in the park is Volcan Purace, one of the most active volcanoes in Colombia. However, Tour companies from Popayán offer grueling full-day trekking trips to the top of the volcano at 4,750m.

Alternately, for motorcycle riders, there are two highways that cut through Purace offer hours of fun dirt and gravel mountain roads through the prehistoric-looking paramo.

While this authentic trading post is mainly dedicated to fresh produce and wool, the Guambiano set up stalls selling handicrafts, bead necklaces, and ponchos to the few tourists who visit.

Remember, this is a real market and not a tourist attraction, so please respect the local people, who are generally shy of cameras.

Altogether, we highly recommend a few days to absorb the charms and natural beauty of Popayán. Since, it’s only two and half hours from Cali down a fast, straight highway. And remember, it’s a worthy stop for those planning to ride southern Colombia and its roads less traveled.

Why should I visit Popayán? was also, edited for SEO optimization by Mike Bowley at www.mikedbowley.com

Finally, the rest of the world has started to realize that Colombia is a very unique and beautiful destination with a huge historical backstory.

Why not see it before the masses and come on your next tour with the prominent and independent thinking Adventure Motorcycle Touring Operator MotoDreamer.

So, if you have the time why not consider back-to-back tours.

Six Reasons to Fall in Love with Medellin, Colombia

Six Reasons to Fall in Love with Medellin, Colombia. Here you will discover the people, the landscape, the nightlife, the weather, the vibe, the arts, and culture.

Best 10 Paved Roads in Colombia, for riders who want nothing more than to glide over smooth, sweeping, sealed tarmac for hours on end, this post is for you. Every bad-ass Adventure Motorcycle Touring Rider who has explored Colombia will have his list of the ten best-paved roads. Are yours listed here?

So, why should I visit Popayán? Best we ride together with MotoDreamer and find out. 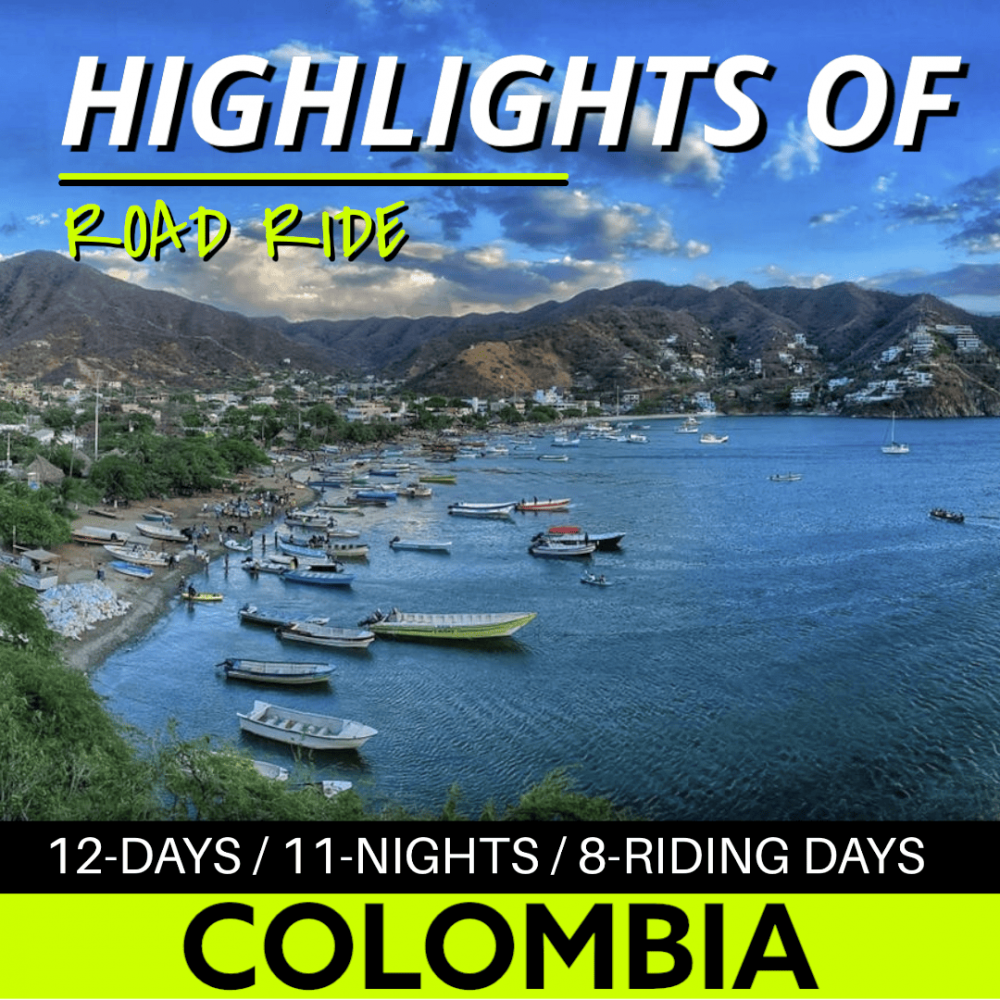 Mike Bowley is a Baby Boomer of the English style. He lives in South America with his beautiful Colombiana Esposa - Cristina. His interests continue to grow as he ages, Indoor Coffee Houseplants, Colombian Artesanal Giftware, SEO Content Writing, travelling and short story writing. Shamefully he loves his Indian slippers. He thrives on assisting website owners. Plus, fellow Baby Boomers and Online Entrepreneurs in getting organic content onto their web pages and their mobile sites. Mike has spent over 50 years in sales/marketing and shares his life and work between the UK, the USA, and Colombia.